After introducing her Encounters experiment last week, Miss 32, begins her search for eligible London men, and the places to find them!  And once you’ve read Part One … Part Two kicks off this evening!

Ok, so given that I live in SW London and work in the City it’s more like “Trains, Tubes & Buses” but I’m not sure anyone would have ever gone with a catchy title like that for a movie!

I promised I would give you all an update on how my experiment with “where to find a dateable man in London” was going and so here lies the first instalment of what I’m starting to think was just a great excuse for Miss Twenty-Nine to stitch me up royally as I attempt to strike up conversations with men in some weird and wonderful places!

I thought I’d start easy with something I do every day………like commuting.

If you want to know where all the single, attractive London men are between 7am and 9am every weekday morning, they are most likely to all be in one place – in and amongst the London commuters.  So in that sense the odds are most definitely in my favour – right? Wrong!!!

I know I can’t speak for you all, but experience so far has suggested to me that the only way in which I really know if I fancy someone, and them me, is through a quick analysis of 3 short and simple “checkpoint” clues:

Suffice to say any of you reading this who are familiar with the morning rush hour commute can appreciate that these three things get completely thrown out of the window when you are frantically jumping onto trains, jamming your way through sliding doors or desperately trying to maintain balance as you surf the Tube.  Not to mention dodging the armpits of your far taller commuting companions  –  whilst an excellent asset for squeezing into the small spaces just as the doors close, being 5’ 4” does come with some serious downsides each morning!

So how did my week go you ask?  Well it went a little something like this……

Monday:  Woke up late so missed my usual train.  There were delays on the line (I expect no less from a Monday morning in London), so when I finally managed to squeeze myself onto a train, it didn’t make for the easiest start to my experiment! Result:  FAIL!

Tuesday: A much better start!  I arrived on time, unrushed.  Was able to board in a civilised manner and  get a good standing viewing spot upon which to begin my search.  The only problem being that everyone else was far more interested in the distraction they had brought along with them to make their mundane commute far more passable.  By distractions I mean, iPad, Kindle, BB/iPhone, the Metro, or a good old fashioned paperback book.  I can’t really blame any of them as up until this week I was also one of these travelling zombies who could only ever vaguely recall how I actually got to work that day, just that it was made much easier by listening to that new album I had just downloaded onto my iPhone!  Result:  FAIL!

Wednesday: Brilliant day for the commute – I got a seat!  For meeting men, again….not so much!  Today I was greeted with little more than a woman knitting, an elderly couple (very cute though to be fair), a woman with her push chair and screaming child (how do you mothers do it?  I struggle just to get myself out of the door in the morning!), oh and a very attractive man sat opposite me……..where was the problem I hear you ask?  Well, the wedding band certainly wasn’t going to be the starting point of my conversation let’s just say, so instead I just enjoyed the view!  Result:  FAIL!

Thursday: A really good commuting day surrounded by lots of potentially eligible dates, the only problem being that I couldn’t actually get to them through the sea of people, so unless I sprinted after some of them upon disembarking and “accidently” ended up standing next to them in the queue for the Waterloo & City Line (looking dishevelled and all out of breath) I decided that the best I could get would be eye contact.  But then there’s the risk of coming across as the crazy stalker lady that just won’t stop looking at you on the train!  So I didn’t.  Result:  FAIL, though more down to my lack of dedication to the cause in this case!

Friday:  A virtually empty carriage.  Why?  Because Friday mornings are the morning after the night before!  Journeys into work where later trains are inevitably caught, and for those that do manage to board at their usual time, it is done so clutching a large coffee and staring at a focal point on the wall just to get through the next eighteen minutes of travel.  Even if I could muster up the energy, and battle through my “cotton wool” mouth, (yes, I was one of those desperately praying for fresh air and hoping not to pass out in public) I’m not entirely sure I would have been showing off my best self to any new potential date.  So I just popped in my headphones and let the music take me through into Waterloo station.  Result:  A non-starter really if we are honest! 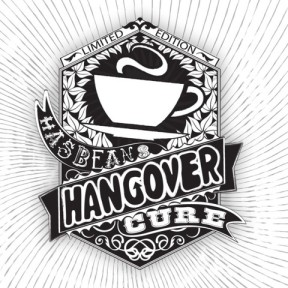 My Conclusion?  Other than the “last Tube” commuter train ride home it really isn’t the easiest place to strike up a conversation with a guy, despite what the match.com adverts will have you think (where was my singing train platform guy? I ask!).  Considering most of the men I’ve had the fortune (or in a lot of cases, misfortune) to meet on such a journey, I’m not sure a beautifully long-lasting relationship would ever have flourished that way! 😉

This weekend my single girlfriends and I are going to try to see if we have any better luck in a pub watching the rugby, Wales v South Africa naturally!

Wish us luck, and by that I mean Wales!  We will likely need it against the Saffers I fear!

Have a great weekend everyone, whatever it is you are doing!