I’ve been using Tinder on and off since last summer, and have definitely seen a change in the way daters use the app.

Last year, when Tinder was new, people still seemed swept up in the novelty of matching, and so almost every match would speak to you.   A reality which most Tinder users will see as a fantasy these days.

Nowadays, with every man and his tiger on Tinder, the matching part means nothing. You can match with 10 guys, and it’s a genuine achievement to hear from more than 3 of them. For many, Tinder has simply become an ego boost. A way of checking if you’ve still got it. Worryingly I know a lot of non-singles who use Tinder – not to play the field, but with their partner’s consent, as a competition, to see which of them can get the most matches. Hmm …

So where does that leave us singles who genuinely use Tinder to meet potential dates?

Frankly, way more frustrated than we were with it all last summer! 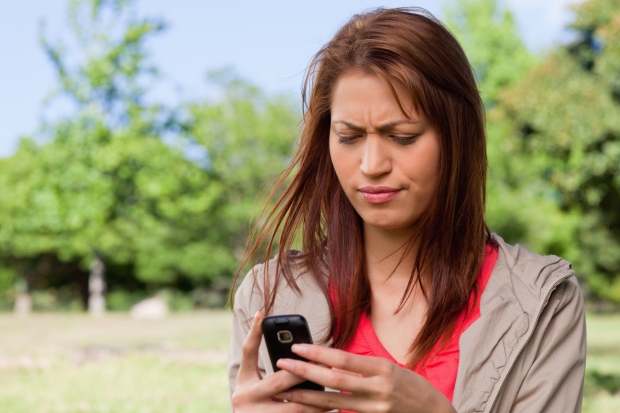 Through a rather random series of events, I’ve ended up platonic friends with a guy I met on Tinder.

I say we *met* on Tinder. Technically we met last year on Plenty of Fish. We chatted briefly, and conversation died out a few weeks before I met Henley Boy. Then a few months ago he appeared on my Tinder. We both swiped right (and I couldn’t help wondering if he realised we’d chatted before).

Unlike 70% of the other guys I matched with that week, The Fighter Pilot actually messaged me. After a short conversation where I admitted that we’d chatted before (he didn’t remember), he explained that he was going on holiday the next day – a killer for any form of online dating contact.

If I’ve learned anything from online dating this past year, it’s that the key is to meet up quickly. Not only can you lose any form of spark if you don’t actually meet each other in person, but if you spend too long talking over text messages and emails, you’ll form a false impression of the other person, and potentially end up rather disappointed.

The Fighter Pilot was busy sunning it up at Yacht Week in the British Virgin Isles! He sent a couple of jealousy inducing photos of beaches and yachts, and said he’d message on his return.

True to his word, a few days after he got back he messaged. He had a busy week ahead, but we scheduled in a drink in just over a week’s time.

And then he went silent.

The night before our date, I sent a speculative text to see if we were still meeting up.

‘Sorry, I’m busy helping my flatmate move out …’ he replied.

Not the best of first impressions to make, only getting round to cancelling a date because the other person has messaged to see if you’re still meeting.

I said as much in my reply, to which he responded to tell me that he’d been having a bit of a cull of the girls in his phone book (as he met so many on Tinder!) but that I should feel honoured to have still made the cut.

Hmm, made the cut, but clearly not have been important enough to get a sack off text message cancelling our plans!

‘I could maybe do the next day though?’

We tentatively rescheduled, and he told me he’d let me know how things went, as he had to move in his new flatmate.

Two hours before our tentative drink, I yet again had to text to find out whether we were actually meeting up (never a good sign if you have to chase a guy!).

Hmm … The fittie? That was how he was describing his new female flatmate to a girl he planning on going on a date with?

If that wasn’t a clear enough sign he wasn’t really taking me seriously, a few days later, in the middle of a conversation we were having, he let slip that he’d slept with two different girls that past weekend, who he simply described as ‘The Nursey’ and ‘The Air Hostess’. Classy. He’d been back in the country all of a week!

At that point I threw in the Tinder towel. Interesting as he’d been to chat to, he clearly didn’t give a sh*t what he said to me, and wasn’t remotely trying to impress me. Fed up with having to chase to see if plans we made would ever actually come to fruition, I said a polite goodbye and left him to it, having never met.

It was only a month later that I thought to contact him again, for very different reasons. During the month or so we’d been chatting, I’d told him about the blog, and he’d seemed genuinely interested in the writing I did. It was clear he dated a lot, and I was looking for a guy to help with a project I was doing for an online dating company.

I got back in touch, making clear I was asking for ‘professional’ help, and pitching the idea to him. It was like chatting to a different guy.

A week later we met up in person. Turns out he’s now dating the ‘fittie’ he helped move into his apartment, and has turned over something of a new leaf when it came to women.

Last night, he helped me set up a blind date for a new feature I’m writing for Guardian Soulmates. Every month I’ll be finding a top London date venue, and setting up a blind date at the venue, which you can read about next week on the Soulmates blog.

Yesterday, we kicked things off at the incredible Mall Tavern in Notting Hill, with the help of reality TV star, and First Dates contestant Purdey (featured below with her blind date). 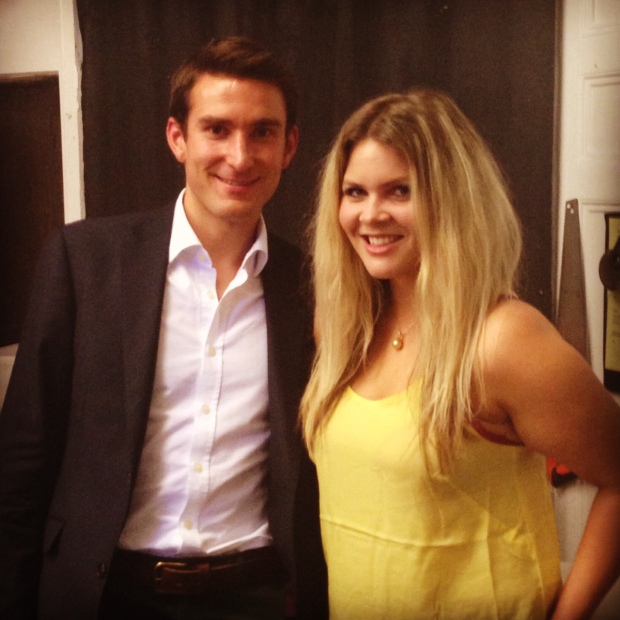 As Purdey met her date upstairs at the Tavern’s impressive Kitchen Table, I decided to remind The Fighter Pilot of some of the many inappropriate things he’d said or told me before we’d met up.

‘How were those acceptable things to say?’ I had laughed.

He shook his head in disbelief. ‘Honestly? I don’t even remember saying those things!’

‘The problem is …’ he explained, ‘you were just another girl on Tinder. I didn’t treat you like a real person. You were just a series of text messages. I guess I said those things, because none of it seemed real.’

And with that, he hit upon the main issue of online dating. Unless you meet up quickly, none of it feels real. Until you meet the other person in reality, and actually speak and interact with them, they are just a stream of messages, and a series of carefully taken photographs.

Ironically, Tinder – the most subjective of dating apps – one which revolves around a series of photos of your face and body – is failing, because everyone sees the other users as faceless.

You’re not real people. You’re just a name, and a photo, and a couple of messages. And for that reason, daters don’t act the same way they would if they met you in a bar. People always reconcile Tinder with meeting someone in a bar – saying you’d judge them on their looks initially, in the same way. But the reality of meeting someone in a bar is that you would never stop conversation midway and just walk off. You’d at least make a polite excuse before leaving.

The Fighter Pilot isn’t the only dater to see Tinder as a big game. Last week I was chatting to The CEO – a really successful young entrepreneur – on Tinder. He told me enough about his career and life, that I knew exactly who he was. If I wanted, I could read interviews with him on the internet. Likewise, I was completely honest about my journalism work, and the blog, and we chatted every day for the best part of a week, having mentioned meeting up, and planned to schedule something in next time I was in London.

And then one morning he just stopped replying to text messages. And I haven’t heard from him since.

A year ago I’d have asked what I’d done wrong. Worried that I’d said the wrong thing, or that he’d seen something online about me that he didn’t like. But the reality is as The Fighter Pilot described. You can feel close to someone over messages, but until you meet face to face, you can’t tell if you fancy him or her, and you won’t feel any sense of loyalty, or requirement for normal social courtesies.

Very few people would walk away without a word in the middle of a conversation. But a hell of a lot more will not reply to a text from someone they’ve never met.

4 Comments on The Faceless Side of Tinder