As a singleton, there are few pieces of advice I dislike more than the one that tells you you’ll find someone when you least expect to. Stop searching and you’ll find him. The less you think about it, the more likely it is to happen.

I understand where the sentiment comes from. Most people attract genuine partners when they’re relaxed and just acting like themselves. And when people are stressing about being single too much, they don’t act like themselves. They build finding a relationship up into something bigger than it should be, and put too much pressure on themselves, and on their dates.

I’m a thirty year-old single woman. I want to get married at some stage, and I’d love a big family. And at this point in time I have absolutely no clue as to who I’d be marrying or having that family with. So funnily enough, I do find myself thinking about relationships a lot. Wondering when that ‘How I Met Your Father’ moment is going to happen.

The older you get and the longer you’re single, the more you think about it. But interestingly, something I rarely think about is whether I actually have time for a relationship, were it to happen.

It’s a far easier rationalisation to make for someone else. Take Mr SC for example … arguably the closest I’ve ever come to thinking I’d met my One. (Yes, I appreciate that might sound ridiculously naïve bearing in mind I dated him for just six weeks. But I’ve dated enough people to know a good thing when I see it, and more importantly, feel it.)

Mr SC might have been my ideal man, but it didn’t take a genius to recognise he was in no position to start a relationship. He barely had enough time to think about himself, let alone another person. But that’s a far easier judgment to make when it’s someone else’s life, and their busy life is so regimented, that their daily timetable only allows for five hours sleep!

For those of us outside the regimented life of Sandhurst, sometimes it’s harder to appreciate how little space in our life there is for another person.

The other day I was chatting to a friend who’s recently got into a new relationship. He’s been single for a long time, and it came as a genuine shock to him just how much time the commitment of a relationship takes up. He wasn’t complaining – he was simply acknowledging the adjustment.

It’s easy to glamorise relationships. The longer you’re out of one, the easier it is to forget the realities that come with committing to another person. The obligation to spend time with them, maintain frequent communication, and consult someone else when you’re making plans. Most of us long-time singletons are extremely independent. We’ve had to be. And so letting someone into our lives, and sharing our world with another person, involves far more than simply sharing a bed.

Which is funny, because I have to admit that’s the only bit of a relationship that I ever think about! Not just the sex, though obviously regular sex with someone who knows you is a big perk of being in a relationship! But the intimacy of having someone to snuggle up to as you drift off to sleep, or someone whose arm is wrapped around you in the morning when you wake up.

When I think of being in a relationship, I think about the physical closeness.   And not the time commitment that comes with developing that intimacy.

I’m a busy person! I love my life, and one of the reasons I love my life is because I’ve crammed it full of activities, events and challenges. If I look back on the last week, I’ve barely stopped. I’m working full time, writing 30 Dates, editing the Guardian Soulmates’ Dating blog, interviewing celebrities, going to singles events, and setting up a new company.   And that’s before all the normal requirements of daily life – food shopping, keeping my flat tidy, paying bills, filling up the car, catching up with friends and family, going to the gym, Facebook, Hollyoaks …! 😉

When I find myself thinking I want a boyfriend, it’s in the moments when I’m crashed out on the sofa in the small hours of morning, catching up on TV and wishing there was someone there to snuggle. Or when I climb into bed at some silly hour and notice how large it seems when you’re sleeping alone.

But very few relationships can survive if those are the only times you actually spend with a partner.

Yes, relationships can work when you have limited time for each other, but normally that’s after a decent foundation period. A decent couple of months where you live in each other’s pockets and properly get to know each other, so that if you find yourselves so busy that you barely get time for one another, you at least know it’s something worth working at.

Which begs the question, as a independent singleton, with a fulfilling life – do you even have the time right now for a relationship?

It’s ok to answer that question with a No! 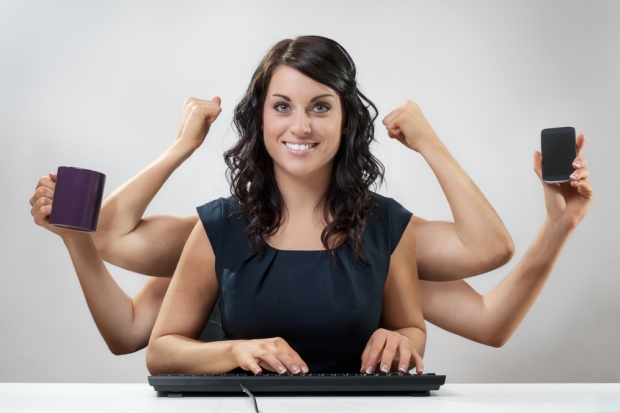 And actually, realising that can be a big relief.

It’s easy to find yourself questioning your single status. It’s not uncommon to start wondering if it’s your fault that you’re single – are you too fat or too ugly? Are you doing something wrong?

Sometimes the answer is simply that you don’t have time at the moment for a relationship.

And having admitted that to yourself, Sod’s bloody Law probably means you’re about to meet the man or woman of your dreams! 😉

3 Comments on Do You Even Have Time For A Relationship?