I rarely get political here at 30 Dates, but it’s Sexuality Week on the blog, and there’s one particular aspect of Sexuality that I feel particularly strongly about – Gay Marriage.

I’ve always been of the opinion that the people who should make decisions about a certain issue are the people directly affected by that issue.  So when it comes to Gay Marriage, in my opinion, the only people who should be making decisions about it are gay people.  Why should I be able to decide whether a pair of human beings can wed or not?  Whether a gay couple can wed or not doesn’t directly affect me (apart from in the happiness of my gay friends) … but it affects their lives massively!

As a straight person, how does it affect your life any differently if a gay couple can only live together and have sex, or form a civil partnership, or form a bond called marriage?

And if you’re that homophobic, then surely you’d keep gay people at bay anyway, so you wouldn’t have a clue what they were doing with eachother?!

As a straight, single, British female, I have always grown up with the ability to wed the person I fall in love with.  So how dare I deny someone else that right?!

We’re all meant to be equals in the eye of the law.  And marriage is a legal status.  So why should another human be denied the same legal status as me, simply because their sexual preference is people of the same gender? 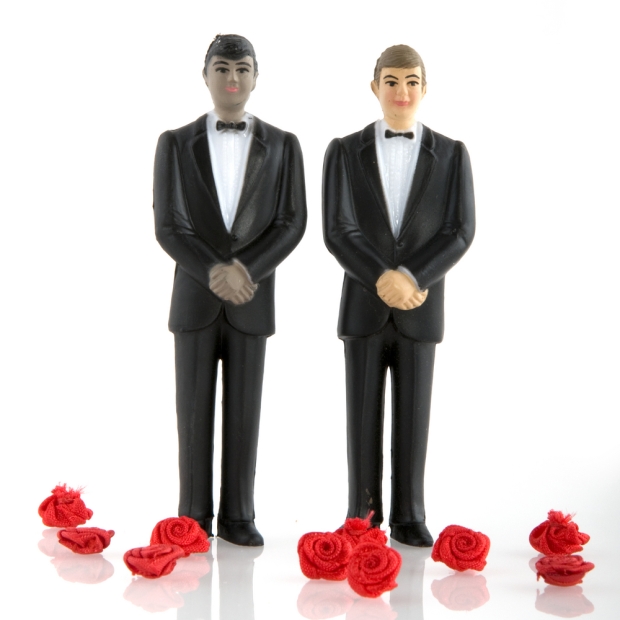 To some degree I understand the religious argument.

I understand that some religions don’t believe in homosexuality.  Whilst I don’t agree with this view, I respect it, and so I don’t think religions which don’t condone homosexuality should be forced to open their doors to gay marriage in their churches or places of worship.  Frankly, I can’t understand why someone who was gay would want to get married in the house of worship of a religion which didn’t support their way of life anyway.  If I were gay, and religious, I would want a God who loved me regardless of who I loved.

Marriage is a social contract and an institution.  And one which applies to people regardless of whether they believe in a God.  Whilst I understand for some religious people marriage is linked to their religion, that isn’t the same for all of us.  So how can someone try to deny another human being a legal right, because of religious beliefs which that other person doesn’t even share?

Like I said – I don’t think all religions should be forced to celebrate gay marriage, and I’d hope that gay people wouldn’t want to be married in the eyes of a religion (and God) which disagreed so vehemently with their lifestyle.

But I don’t think anyone should have the right to dictate what another person can and can’t do, if their actions don’t affect anyone (other than themselves and the person they love).

The only people gay marriage directly affects, is gay people.  So leave them to it, and let them enjoy something straight people have taken for granted for thousands of years!  If a gay person wants their love to be recognised in the law, why should he or she have any less right to that recognition than a straight person?

To be honest it astonishes me that it’s taken Britain so long to acknowledge this right to equality.  But then you only have to look across the Pond to several of the American States, or worse to nations like Russia, to realise our backward moves forward are leaps and bounds ahead of some countries.

And bring on Sexuality Week …