Multiple partners is something I’ve wanted to discuss on 30 Dates for a long time now.

Not in a polygamy type of way, or even in relation to threesomes.  But with regards to juggling more than one person at the same time.

Obviously, having crammed 30 First Dates into a three month period when this blog first began, I’m in no place to judge when it comes to dating more than one guy in a given time frame!

I’ve always been an advocate of dating as much as possible, so that you can properly ascertain what you are and aren’t interested in.  At the time I joked about the ‘filing system’ I needed on my iPhone to keep track of who everyone was, and how they’d been reccommended.  However in light of a recent tweet I received, I should probably underline 30 Dates was just a fun challenge! It wasn’t ‘real life’ – it was never how I would conduct my love life in normal circumstances.  And just to clarify – said ‘filing system’ was simply how I recorded the names in my phone book.  Date’s Name (Referee’s Name) – eg Sam (Kate).  It wasn’t some kind of creepy spreadsheet (like the one that American guy got caught keeping of all his online dates last year – complete with a score system!)

Online dating, and in particular Tinder has changed the way we date.  The sea of potential ‘fish’ has grown larger and larger, and our options more and more disposable.  You only have to spend a few days on Tinder to realise just how faceless we have all become on the app.  Everyone is downgraded to simply a couple of photos, a name and an age.  You can think you have rapport with someone, and it can evaporate within an instant – simply because one of you has got bored of the polite conversation, and there are so many other options available.  And that’s if they even stop to talk to you!

On the one hand, I think dating a few people at the same time in the beginning can work.  It can be easy to go in too keen at the start of a relationship, and so when you’re still in that dating phase, if the guy you rather like is one of a few options, it can ensure that you don’t devote too much attention to him in the early stages.  You appear more aloof, and hard to get without having to play any games – by virtue of the fact you’re actually busy on dates with other guys, and keeping in contact with everyone.

There’s actually a school of dating thought based on this idea called the Four Man Plan, which I think I’ve mentioned before.  You conduct your dating life using a set grid of sixteen squares, and depending on the level of intimacy you achieve with a guy, he fills more squares.  For example chatting online might fill one square, a first kiss might upgrade that man to four squares, etc etc.  The idea behind it is that you keep your options open, but you can never be too intimate with too many people at one time.  As a result, if you’re actively sleeping with a guy, the grid method doesn’t ‘allow’ you to sleep with another man at the same time, because sex fills up more than 8 of the available 16 squares.

It’s all pretty complicated, but I get the theory behind it.  Until you’re ready to commit, keep your options slightly open.  Don’t come on too strong.  Don’t rush into things.

Recently I’ve been talking a lot about sex on the blog.  And you’ll probably have realised I have pretty liberal views when it comes to casual sex.  Whilst I’ve never been particularly promiscuous, I have a lot of close guy friends who have been at certain points over the last 15 years, and I don’t view them any worse for it.  A lot of them have become incredible boyfriends, husbands and fathers in later life.

As far as I’m concerned, if you’re both consenting, and you’re honest with each other about your intentions, then do whatever you like (within reason).  The key is to ensure you know what the other person is after, and depending on the circumstances, to make sure that you’re not more emotionally attached than you’re letting on.  As long as no one gets hurt in the process, why should what happens in someone else’s bed be any of our business?

However … there is a rather big difference between being liberal about casual sex and one night stands, and a certain app which was thrust in my virtual face on Twitter today.

The ‘SAC’ App targeted me directly to ask if I’d used their app to keep track of my 30 Dates.

Well for a start I didn’t have sex with any of the 30, so it would have been pretty redundant! (I snogged three of the thirty – The Enigma, The Fresh Prince and The Big Kid, but never went any further with any of them.)

Now, I really hope I interpreted this wrong, but the SAC App appears to be a way to keep track of all the people you’re sleeping with??!!

I get that Dating is big business these days, and that there is an app for almost everything, but seriously, who is having sex with THAT MANY people at one time that they need an App on their phone to remember what they did, and where?!

There’s a big difference for agreeing that One Night stands can work, and suggesting people have multiple sexual partners at the same time.  Even if people are having regular casual sex in some kind of ‘fuck buddy’ arrangement, I know very few people who would appreciate being one of a number of fuck buddies, or so many that the guy or girl needs an app to remember who they all are!!!  Not to mention the health concerns … 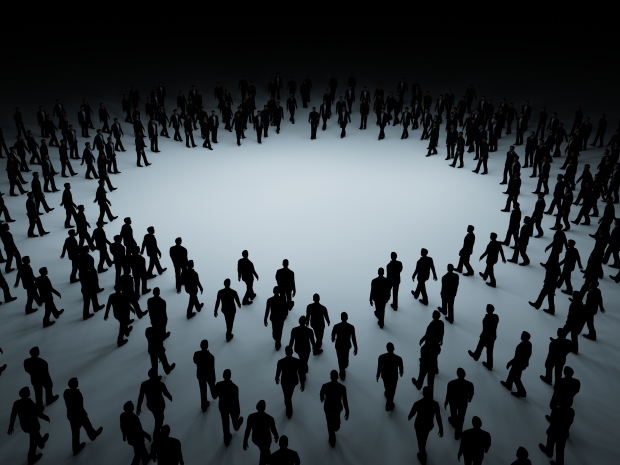 The other alternative (which is vaguely better I guess) is that the App is designed to be an digital black book.  A bedpost for you to notch every time you get laid.  (It’s not overly clear from the marketing).

Again my app usage would have been pretty limited over the last year – not that it’s any of their bloody business!

If the app is genuinely to keep track of all your current conquests, frankly being approached over Twitter to be asked if I’ve been using it is pretty f*cking insulting!  Sorry, but if you’re sleeping with that many people you can’t remember all their names, you’re verging on free prostitution!

Yes, I wrote one post explaining I think you can have a One Night Stand and not be a slut.  No, that doesn’t mean I think we should all be shagging so many people we can’t even remember their names or faces?!

And even if the app is simply a calendar, to keep track of your sexual history, is that really something you need to carry around on your phone?  Can’t you just get yourself a diary?  Are they expecting you to need to fill it in multiple times a day?!

What I really don’t like about it, is it’s dehumanising.  It’s essentially reducing other people to numbers or encounters.  To descriptions like ‘mmm one hot momma‘ (VOM!)  And to a brief questionnaire – which handily includes a button to record if they’re a ‘Cheater’ or not.  (So you can not only completely objectify your sexual partners, but also judge their own morality in the process!)

Finally just so they can attempt to inject some morality into their sales pitch, users of SAC can record their sexual health checks and immunisations on the calendar too – SAFE sexual dehumanisation people!   (Ironically when I mentioned the Tweet on Facebook one of my friends suggested the App should be called the ‘Sexual Tracking Device’ or ‘STD’ for short! 😉 )

Going back to the Four Man Plan, I’m not against keeping your options open in the early stages of a relationship.

But there’s a big difference between meeting up with a couple of different people for dinner and drinks, and sleeping with multiple people at the same time.

I agree with the Four Man Plan grid system – your grid should only be big enough for one regular sexual partner at a time, unless he or she knows about any other partners you have, and is completely happy with the situation.  (And in that case, they are unlikely to want an actual relationship with you).

But even then, if you’re getting to the point where you have so many sexual conquests at one time that you need an app to remember who they all are, then I would suggest you don’t need ‘SAC’ … you need therapy!