Last week London Dating Events company Doing Something continued their series of record breaking-size singles events, with a bowling night at the Brooklyn Bowl.  600 daters were invited to ‘strike’ up (BOOM BOOM!) conversations with other singletons, at the event near the O2. 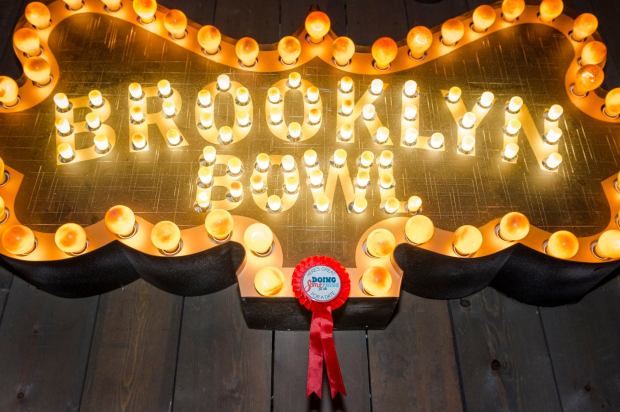 Last Thursday night I headed across town to the O2, to try my hand at singles bowling at the Brooklyn Bowl.

As I walked into the venue, there was a good turnout of people, just like Doing Something’s event at Bounce in May.  Unfortunately this time the ratio of men:women wasn’t so great, and when we first arrived there was quite literally a sea of women. The only men to be seen were by the bowling lanes.  However, having said that, there was still a good range of men and women – all different looks and ages, and quite a ‘normal’ looking bunch as far as dating events go!

Also, as unfortunately is the norm at singles events, there were on average far more attractive women there than men.  I’d say there was only really a handful of good looking chaps, but each to her own!

When you walked into the event, you were given your set time to bowl, and women and men were mixed together throughout the night. The bowling worked as a good ice breaker for people, and my friend and I bowled with two guys who were pretty fun.  There wasn’t really a romantic connection, but the mixed bowling worked well, and because I attended with a friend, it all felt pretty relaxed and chilled out. 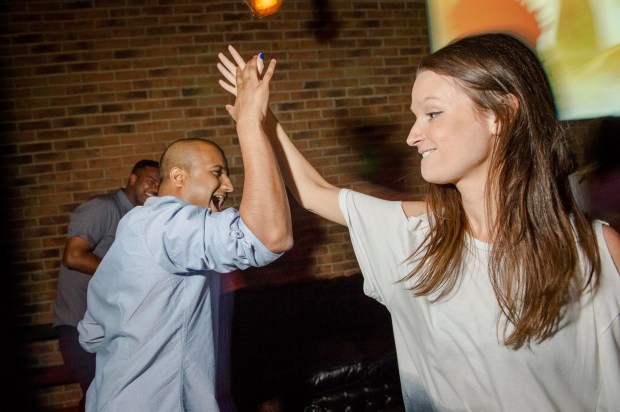 The atmosphere at the Brooklyn Bowl was great.  I really liked the music, and the venue was awesome – the air-conditioning certainly helped in the London summer heat!  There were lots of different spaces to explore and if you had met someone there were loads of places to go – you could sit and chat, dance, hit the bar, bowl or go and grab some food.  Although nowhere near as dark as the event at Bounce, it was still quite dark inside the Brooklyn Bowl, which made it a bit difficult to see other people.

The main area was too large, there was a huge dance-floor but unfortunately there weren’t enough people to fill it. As a result, people seemed to section off into different parts of the venue, which may have isolated some people, particularly anyone who turned up solo.  Because it was so dark, you had to really look to work out who was in each area. Despite having a great atmosphere, the location wasn’t ideal – it was too far from the centre of London.  I’ve never been, so whilst it was good to try somewhere new, it wasn’t convenient at all. Also if you had really made a night of it, it would be a long way back from Greenwich.

Drinks wise, there was a complimentary drink included in the ticket, which was a nice touch. But it was only a lager, which I don’t think the average girl would choose – a strange choice, considering so many of the singletons there were women. I bought a cocktail, which tasted pretty average and cost £8.

Overall the event was well-organised, with plenty of friendly staff on hand to help. But you know it’s worrying when the best looking men in the room are the staff, right?! There seriously needed to be more men! I’ve never seen such a sea of single women in my life; who knows maybe I need to go to more events … ! (Or maybe not, if that’s the case! 😉 )

Of the two Doing Something events I’ve been to, I preferred Ping Pong at Bounce … however next month the company is running Twister at the top of the Shard, which could be rather entertaining, so watch this space!