I have selective sight. Some people have beer goggles. Me, I get love blinkers. Or more appropriately, lust blinkers. I’m a hopeless, excitable romantic … and sometimes, as a result I see the world through rose tinted glasses.

This past week I’ve been up in Edinburgh visiting an old university friend.

The last time I visited him was New Year’s Eve 2012. To be honest that seems a life time away. It was 18 months pre-Henley Boy. Two full years before I would meet Mr SC.   I’d only been back from Canada for six months, and had just started seeing the Geezer. 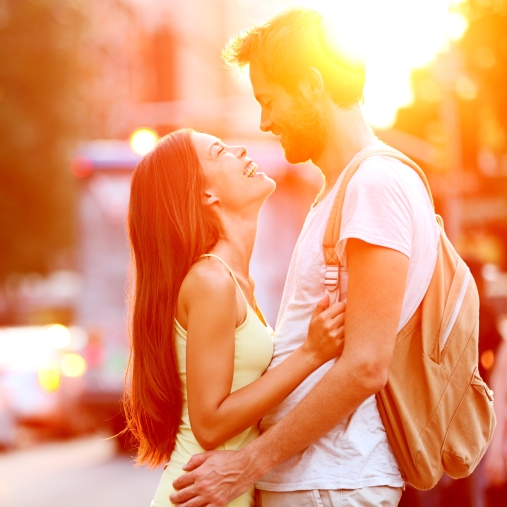 Regular readers may recognise the reference. My last proper boyfriend, I had met him at work. He left his girlfriend for me, but then still had a holiday booked with her. And so while I was in Edinburgh for my first Hogmanay, he was on the other side of the world, on holiday with his ex.

It’s funny, because it was my uni friend who brought up this story this week. He said he uses me as an example of people only seeing what they want to see … and embarrassingly I completely agree.

I may have erased it from memory, but my university friend specifically remembers the way I talked about The Geezer. I was giddy with excitement, telling my friends about the man who’d just entered my life. A man who my adoptive parents actually liked for once (something rare in my ex-boyfriends). I had spent the weekend texting him, as he holidayed in the States, but then admitted the odd elephant in the room of my relationship. He was holidaying in the States with his ex.

My university friend smiled wryly as we discussed things two and a half years on. I’d had lust blinkers. I knew it was a weird situation. I knew something wasn’t quite right, and back then when I’d told my friends, I had made excuses for him. I chose to overlook it, because I was excited, and because I wanted The Geezer to be the guy for me. Just like I later did with Henley Boy, The Enigma and Mr SC. I saw all the good stuff, and managed to overlook the bad. 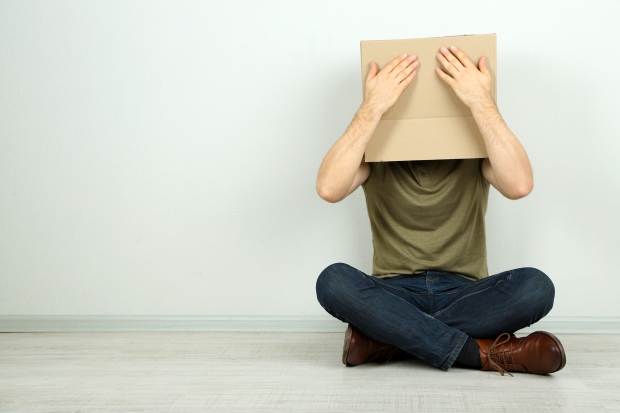 Those of you who have read my post about ‘The Other Woman’ will know it turned out The Geezer hadn’t split up with his ex. He cheated on her with me for two months, then they broke up, and at the end of our relationship, he cheated on me with her. Great bloke.

But at the time, I genuinely thought he was a great bloke.

And that is the problem with Lust Blinkers, because they only let you see the good. Sometimes you’re so keen for something to work, that you happily ignore all the bad stuff. You convince yourself it doesn’t matter.

The thing about Lust Blinkers, is that when things end, unless you ended things yourself, you have to work out how to reverse them.

To some degree, when you’ve just been dumped, everyone ends up wearing lust blinkers. You look back at the relationship through rose-tinted glasses, mourning the good times, and forgetting the parts, which made you really miserable. Even if you thought you were in the most amazing relationship ever, you weren’t. How do I know that about your specific relationship? Because he or she broke up with you 😦

The key to Lust Blinkers is being able to recognise when you’re wearing them. Yes, it can be hard to take them off … But at least if you know you’re seeing the world through them, you can start to counteract the effect. And the way to do that, is by treating yourself like your best friend. Two years ago I knew The Geezer wasn’t treating me fairly. I knew that wasn’t the way to start a proper relationship. And I knew he wasn’t the incredible man I was raving to my friends about. But my Blinkers wouldn’t let me focus on any of that. I focused on the good, and downplayed the bad stuff. My best friend would have pointed out the bad stuff (if I’d ever admitted it to her … which rarely any of us do!).

If I’d told my best friend the whole story, she wouldn’t have warn blinkers. She’d have taken the Geezer’s actions at face value, and probably realized he was still with his ex.

And sometimes when you’re wearing blinkers, that’s the approach you need to take for yourself. Review the situation on face value. Forget the excuses you’ve been told, and the justifications, and just focus on the way you’ve been treated, and how that made you feel.

I know that’s really hard to do when you’re in the middle of a relationship. But it’s even more important, if you’ve just come out of a blinkered relationship, and you’re feeling like total crap, because you still can’t see the wood for the trees.

That’s when you really need to reverse the blinkers. If you need to get over someone, you have to force yourself to turn the blinkers around … and for a change, only let yourself see the bad stuff. Focus on the low points. Focus on the things that didn’t work. On the reasons you can’t or shouldn’t be together. Force yourself to recall the worst points, which we often try so hard to forget.

That might sound like an awful thing to do – but I promise it will make getting over the other person a far quicker, and more realistic process. It’s hard enough to get over heartbreak – don’t make it worse for yourself by wearing rose tinted glasses throughout the entire process.