This time last year, I was midway through my 30 Dates Challenge.  I had just flown to Spain, and was about to go on Dates 15 and 16 in Madrid.  Hopefully later this month we should hear what the Argentine Matador has been up to in the year since I met him, however tonight it’s time to revisit one of the most popular of the 30 Dates.

The Big Kid was my Date 25 of 30.  The younger brother of a friend, I met him the same day as Date 24 (The Exhibitionist).  My morning date wasn’t a great one – a treasure hunt around London with a man who wouldn’t stop moaning and was obsessed with his own looks.  That afternoon, when I met The Big Kid at Euston Station, he was a breath of fresh air – equally excited with our plans to head to Harry Potter World as I was.  We headed up to Watford on the train, and spent the afternoon amazed by the exhibit.  We drank butter beer, posed with props, and generally acted like big kids.  It was great fun.  And then we headed back to London, to the flat I was house-sitting for a friend, and enjoyed takeaway sushi, in front of American Psycho – the most unlikely of first date movies! 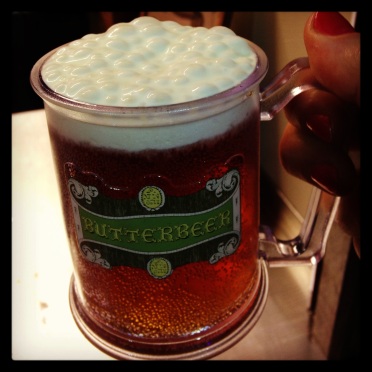 Yes, I *may* have snogged him.  And the bit I didn’t tell you guys at the time, was that he was also the only one of the 30 Dates who I shared a bed with on the first date!  I promise it was all very innocent – I missed the last train back to Reading.  Or at least I thought I did.  Having now moved to London, I’ve realised there’s a direct train to Reading from Clapham Junction – which was where I had been house-sitting!  Oops 😉

So what has the Big Kid’s last year consisted of?

One of the reasons I think this feature is really important, is that it shows all the different ways someone’s life can change in 12 months.  Me, I’m still single, but most of my 30 Dates who’ve returned to speak to the blog so far have been in relationships.  A number have moved abroad, a couple permanently, and one of my Dates from last year is even engaged now!  (More to come on that in a future instalment!)

Sadly, the Big Kid’s year comes with a sadder reality.  This year, he lost his mother to cancer.  I guess the odds that at least one of the 30 men I dated last year would face a personal tragedy in the past year were quite high, and of all the men I met last summer, I’d go so far as to say he was probably one of the best equipped to deal with the loss, but that doesn’t take away from the sadness of it all.   My thoughts are obviously with the Big Kid and the rest of his family, and I’m sure his Mum would be really proud of him.

And so the Big Kid’s world has changed immensely this past year.  In the wake of his Mum’s passing, he’s decided to move to Australia – something which he had planned to do before he and his family found out that his Mum was ill.  His plans for Australia are fluid at the moment.  When I chatted to him about them, he wasn’t sure.  Maybe he’ll stay a year, maybe longer.  He flies out next month, and I’m sure, whatever he does, he’ll do it with a big smile on his face.  He was genuinely one of the most positive people I met during my 30 Dates Challenge. 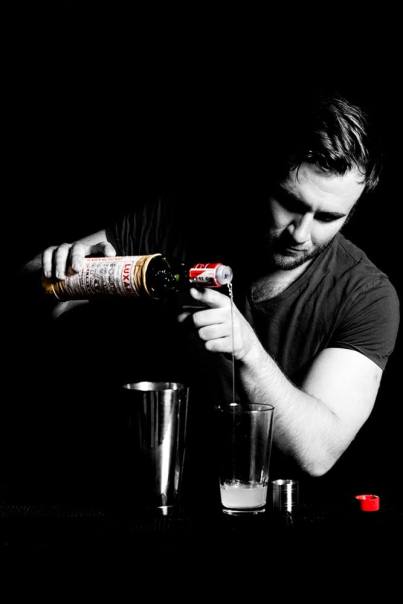 At 28, the Big Kid is still single, though he hasn’t been single all year.  He started the year in a 3 month relationship.  Again a reminder of real life, and in particular real ‘single life’ – where people may come into your life for short stints.

When I asked him what his favourite date had been this year, he rather dutifully answered “I was a massive fan of Harry Potter!”.  Correct answer!

As for his most adventurous and worst dates in the past year?  The barman replied with the same answer to both questions.  “Naughty after work drinks at the bar I work at!”  Needless to say, his biggest lesson of the year was “Don’t get caught having a lock-in!”

Huge thanks to The Big Kid for his involvement with the 30 Dates Challenge (and for offering me a bed last year when I got stranded in London after our date!)   I wish him all the best for Oz, and am very jealous that he’s off to such an incredible country!