Last night I was lucky enough to get tickets to watch The Last Leg being filmed.

It’s a TV show I’ve followed since the London Paralympics. I’ve spoken before about how strongly I feel about Paralympic sport. In fact the first time I was ever published in a national newspaper (ironically on Valentine’s Day back in 2007) was when I wrote to the New York Times to complain that Paralympians didn’t get the same treatment as Olympians.

Seven years on, and the view of the Paralympics has changed dramatically. A big part of that is thanks to the Channel 4 coverage of the London games, including the work of The Last Leg – a comedy show which has brought disabilities into our every day dialogue.

The show’s incredibly clever feature #isitok was a Launchpad for people to cut the awkward ties of political correctness, and actually speak up with questions they wanted to ask. A question, which still sticks out in my mind from the first series was “Is it ok to ask how the swimmer with no arms gets out of the pool?” Not only did the presenters (two of whom are disabled) answer the question, they also admitted they wondered the exact same thing. The interesting thing about disabilities is that everyone is different, and just because you have first-hand experience of one particularly difficulty doesn’t mean you don’t have the same curiosities that able-bodied people might have about another disability.

The success of The Last Leg coverage of London 2012 has seen the show morph into an extremely successful, outspoken, news comedy series. There are still references to disabilities, as and when they are topical, however the show is also a witty commentary on ridiculous areas of the week’s current affairs.

The Last Leg gets its name from being the last show of Channel 4’s Paralympic coverage at the end of each night during the London 2012 games, as well as a pun on the fact that two of the three comedians hosting have prosthetic legs. However one of its clear successes, is the way the underlying message – that people with disabilities are just the same as the rest of us – has been so clearly conveyed thanks to the presenters. The comedians are world class, witty and sharp, and it’s easy to forget that Adam and Alex have prosthetic legs until it comes up in conversation. And really that’s how disability should be treated in 2014. If it’s relevant to conversation, don’t skirt around it. If it’s not, don’t bring it up! A person’s disability is never the most interesting thing about him or her.

Last year when I interviewed Claire Cashmore, she said something which has stuck in my head ever since. The Paralympic medalist was born without a left forearm, and when we talked about whether daters should mention their disability on a dating profile, she remarked “I wouldn’t tell you if I had one foot bigger than the other, so why should I tell you that one of my arms is missing?”

But, in the same way that the Last Leg is about far more than disability, so too is this post. 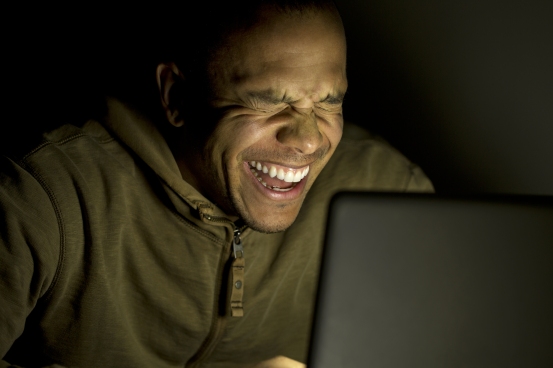 Humour has been extremely topical over the last couple of weeks. The whole world has obviously been touched and saddened by the tragic death of Robin Williams, a man who was the very embodiment of humour for most of us children of the eighties.

In a happier way too, my last two weeks have revolved around humour. Not just last night at the Last Leg, but earlier in the month, when I was able to treat comedy like an all-you-can-eat buffet up at Edinburgh Fringe the weekend before last.  And my Date 3 of my 30 Dates Around the World was with comedian Max Dickins.

And if there’s something I’ve come to understand, it’s just how important a sense of humour is to dating.

The acronym GSOH finds its roots in personal ads. And it’s a requirement mentioned in almost every dating profile. Because if you’re planning on spending the rest of your life with someone, you need to have a shared sense of humour. When I lived in Canada, a country where very few people use sarcasm, I found that most of my closest friend were Brits and Aussies – not because I didn’t like Canadians, but because they didn’t really get my humour, and as a result I found it hard to get close to them.

When I look back over my year of serial dating, I’ve dated some incredibly attractive men. And yet often those dates were some of the worst, because it was almost as if they were so attractive, that they never really needed to develop a personality, or a sense of humour!

Call me weird, but I think the best dates are often the ones which go a bit wrong. Because it’s in those moments that you see the true person. We’re all on best behavior when we’re on a first date, but it can be really hard to control your reactions when things start to go a bit wrong, and I for one know I find it far more attractive when a guys can laugh it off. 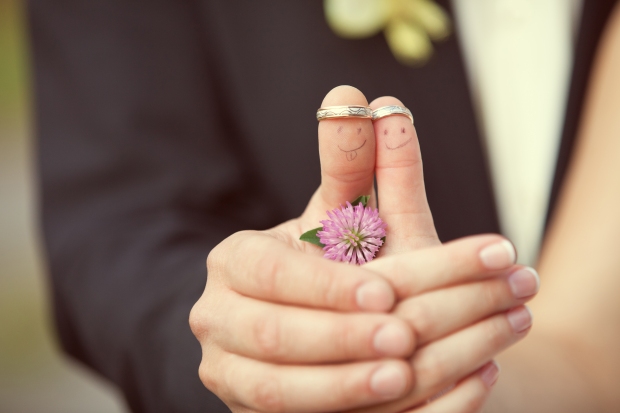 Life is never plain sailing. And I would much prefer the person I decide to make the journey with to be someone who can have still have a giggle and shrug it off when the world seems to be against us.

I’ve spoken about my parents before. My Mum was stunning – genuinely model worthy. She was Romanian and met my Dad back in the seventies when he was travelling around the world. Whenever they told the story of how they first met, and my Mum would remark “How could I forget the handsome English man?!”, my sister and I would giggle. “*Cough* rich Westerner!”. Because my Mum was infinitely hotter than my Dad. As my mates would say, my Dad was punching!

But jokes aside, I know why my beautiful, elegant mother fell for the wacky, unpolished man from Berkshire. It wasn’t his looks – it was his personality. My Dad was one of the funniest men I have ever met.

I remember the way he reacted when his beloved wife was diagnosed with stomach cancer. And the way he responded when Mum suffered awful bouts of clinical paranoia. The way no matter what happened he would smile, and make those around him happy.

No, he wasn’t picture perfect, but he was far more than that. He was the love of my Mum’s life, and the best Dad I could have ever wished for. And personally from a child’s perspective, you don’t care if you’re Dad is a hottie or not!  Applying that lesson to adult me – as a woman who wants children, surely when I myself am looking for a partner, I’m also looking for the best father to my own children?  Not just someone who makes picture perfect Christmas family shots?

When you’re dating, particularly in 2014, it can easy to get wrapped up in looks (something I’ll be talking about later this weekend when I review TV show ‘Sexy Beasts’).  And whilst looks are important to some degree – for a relationship to work, you need to be sexually attracted to each other – spare a thought for the things which are also important in the long-term.

And finally someone who has such an attractive personality, that he may not be the hottest man in the room … but I still see him that way!