As a child, the highlight of my weekday evenings was 5pm for Home Away on ITV, and 5.35 for Neighbours on BBC1!  As an adult, the only reason I bought a digital recorder was so that I could record the E4 edition of Hollyoaks each night, and be one step ahead of on demand television!

And if there’s one underlying moral to almost every soap story, it’s that honesty is the best policy.  (OK, that and if you murder someone, you will get caught, no matter what ….!)

All jokes aside though, the advice is important.  I was chatting the other day with a friend who works as a psychologist, and I worked out one of the reasons I’ve always been able to deal with stuff is because I’m a talker.  When my parents died in my teens, I didn’t bottle it up.  I talked about it.  And the more honest I am about my feelings, the more able I am to cope with whatever life throws at me.

It’s pertinent advice, if anyone is watching the British Celebrity Big Brother House right now!  Most of the issues seem to stem from people not communicating with each other properly, or being honest about minor issues with other housemates, right from the start.  Of course, that wouldn’t make anywhere near as good TV, but as an adult, I’ve certainly found the way to nip most drama in the bud from the start is to be honest from Day One.

So how does that all apply to dating?

Well, the dating world is full of liars!  Not necessarily malicious ones, but certainly white liars.  Online ‘6 foot 2’ is widely accepted as about 5 foot 10 in real life, and I have friends who arrive on dates in genuine shock, if the person they’re meeting actually looks like their profile photos!

I’ve never seen the point in lying about who you are, and what you look like.  If you genuinely want to meet someone who is attracted to you in real life, and not just your online persona, then you need to be honest right from the start.  I know I say it a lot, but why would you ever want the first impression you make on a date, to be one of disappointment?

Bending the truth on a dating profile is something which sadly has become part and parcel of online dating.  In the same way, we now use Tinder, and in the back of our mind there’s the potential that the hot guy we’ve just matched with won’t actually speak to us, because he’s in actually in a relationship and just using the app to get validation of his looks. 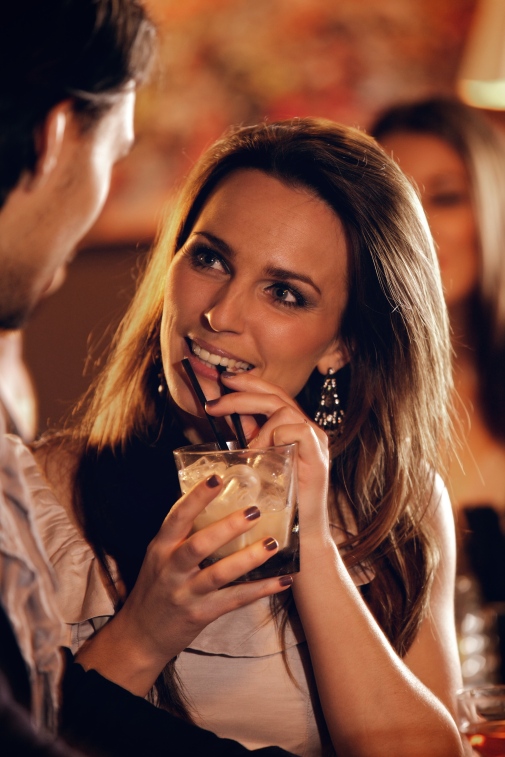 The thing with dating, is that like any aspect of life, the more honest you are, the easier it becomes.

I have friends who tie themselves in relationship knots, because rather than being honest from the start about what they are (or more realistically, aren’t) looking for in a relationship, they just go along with what the other person wants … until it all then implodes.  Whether it’s making clear that you’re not exclusive, underlining that you don’t want anything serious, or explaining to someone that you’re just not interested in them, the more honest you are, the simpler it makes things.  If you don’t like someone, be polite, but be honest.  Don’t lead them on, or drag things out unnecessarily.

In relationships, the same should apply.

If you’re planning on potentially spending the rest of your life with someone, then you can’t keep secrets from each other.  If something is bothering you, talk about it with your partner while it’s still a niggle, and not a full blown itch.  Often actually saying something out loud will allow you to put it in perspective, instead of letting it build out of proportion.  And there’s nothing worse than being in a partnership with someone, only to find out a truth about the other person from a third party.  For me a partner has to be my closest friend.

I’m always suggesting that as women we ditch our mental tick lists, and open ourselves up to dating men we wouldn’t necessarily normally date.  That certain tick boxes might not be as important as you think they are, and that other more important deal breakers exist, which you can’t filter for on a dating website.

One of those deal breakers for me is honesty.

And yes, I’m sure everyone will list ‘honesty’ in their ideal relationship criteria, but for me, I’ve realised it’s something I seek out really rather proactively. 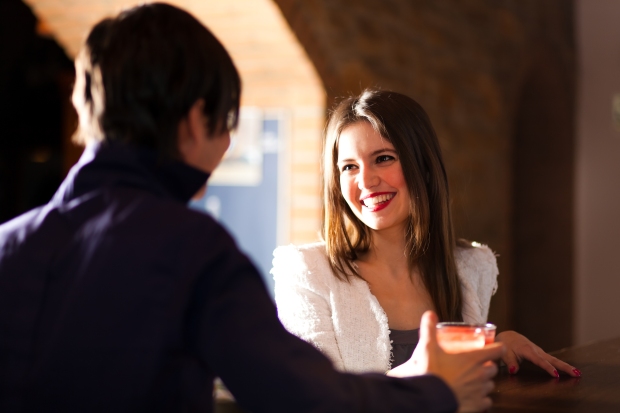 I will talk about anything.  There are very few questions that someone can ask me, which I won’t answer.  And I’ve realised that quite often when faced with a stranger, I test them.  I push the boundaries a bit, and see what they’re willing to tell me in return.  Yes, I realise I could find lots of honest, lovely guys, who don’t talk freely about personal stuff.  But knowing how candid I am about my own life, I guess I look for the exact same in someone else.  For me honesty means openness, and a willingness to be open.  Because I know that’s how my best friendships work, and I want my romantic relationship to also be with someone I would consider a best friend.

I know a relationship doesn’t work for me, if I’m telling my partner everything I’m thinking, and he’s reticent to share stuff.  And so I realised I often play Devil’s Advocate on a date.  I’ll push the boundaries to test the water.

I don’t just do it on dates.  I think one of the reasons I enjoy doing interviews so much, is that I have a proper chat.  In order to comfortably discuss really personal areas of total strangers’ lives, I share stuff about my own life with them too.  And normally that works.  (With the one exception of Lucy Watson last month, who really didn’t seem to appreciate me telling her my Tinder horror stories!)

I’ve always been aware that I’m quite nosey on a first date.  I like to know about people.  But it’s only recently that I realised exactly why that was.  I’m trying to work out how honest and upfront the person I’m chatting to is.  Because honesty and transparency are so important to me, that I know my ideal guy is someone who opens up easily, and comfortably. Even on a first date with a relative stranger.

Looking back, you’d think that asking personal questions on a first date would be a complete error.  But when I think back on all my best dates this year (and all the ones which led to second dates), it was the ones where the guys answered my questions candidly, and we ended up having really deep conversations.  I know I’ve said it before, but the best part of my incredible date on New Year’s Day with Mr SC was the last three hours, where we just sat on my sofa, and chatted about our lives.  No topics were off the table, and for me that was ideal.

I knew where I stood from Day One.

By complete contrast, recently I’ve been on dates with some really great guys.  But the moment I notice something not quite add up … or a reticence to talk about something that I will easily and happily talk about, I go on my guard.  Because honesty may not be an easy box to tick, but it’s certainly one which is easily un-ticked.

I’m not saying this approach is for everyone.  Not everyone is open and chatty with strangers, and that’s not a bad thing.  What I talk about a lot is the need for self-awareness when you date, and really understanding what is important for you in a relationship and a partner.  For me, openness, honesty and a confidence to be honest with a relative stranger are deal breakers, because I know how important absolute honesty is for me, and I see that as a foundation for my ideal relationship.  And that clearly manifests itself in the questions I ask on first dates, and the way I react when someone isn’t particularly forthcoming with the answers.

We all have different deal breakers, and different approaches to dating, but I would definitely recommend taking a step back, having a think about what is really important to you, and translating that to the way you behave on a date.  You might be surprised by the things you discover!