I’m not just talking ‘it’s raining men’ … Think about it. There’s the heart-stopping scene in The Notebook, Bridget Jones and Mark Darcy on a deserted London street corner, and Ted Mosby comparing TMs with the girl with the yellow umbrella in the final episode of How I Met Your Mother.  And that’s just for starters …

Precipitation is romantic … But why?

You might be forgiven for assuming it’s all just a ploy by the British Tourist office to make more couples visit our damp island … But the American seem to love romance in the rain as much as we do.

So where does the concept come from?

Personally, I like to think that rain is the perfect motif for life not going quite to plan. No matter how in control of a situation you are, you can never control the weather. And relationships always come with an element of uncertainty. Everyone looks great in the sunshine … The same is not so true when it’s pouring. 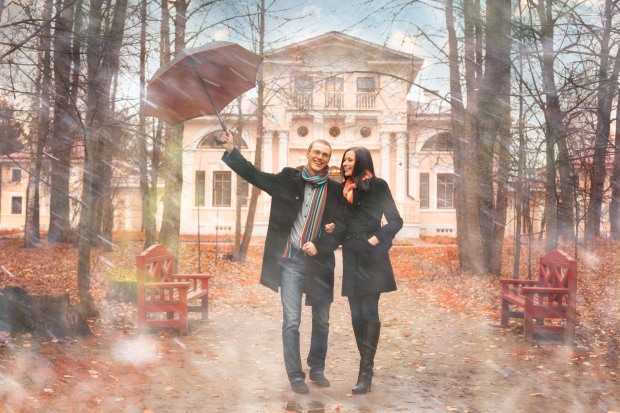 When I was 16 I went on an expedition with my school to Venezuala. We’d each saved £2500 to go on the month-long holiday, and the first week or so were awful. Everything seemed to go wrong. Half the team were ill, our guide kept forgetting to collect vital supplies and morale was appalling. We were trekking in the Andes, in conditions I’d struggle with even as an adult . And then it began to rain. Full on torrential rain. The kind of rain that you know will soak everything you own, no matter how deep it’s packed in your rucksack. It rained so hard that newly formed rivers ran down the mountainside around us. Most of the group began to cry. But one girl began to laugh. She was in remission from childhood cancer, and this trip had been a focal point for her recovery. Only she could put the situation into perspective.  Yes, we were soaking – but we were in the Andes soaking!! Her laughter was infectious, and together we stood in the pouring rain, soaked to the bone, but laughing so hard that that memory was one of my best from the whole trip.

Life isn’t just about sunshine and rainbows. Sometimes life is really dull and dreary, and sometimes it’s even worse and it’s rainstorms and thunder clouds. And I know that, whenever I meet him, my ideal life partner is someone who can stand in the face of a storm and start laughing. Someone who makes even the most awful situation bearable.

I have a plaque hanging in my bathroom that says very neatly ‘Life isn’t about waiting for the storm to pass, it’s about learning how to dance in the rain’

And for me, dating is about finding the right dance partner. 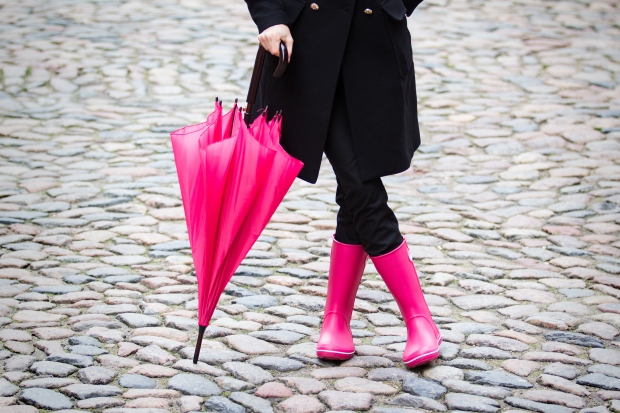 In the famous words of Rihanna, ‘Now that it’s raining more than ever, Know that we’ll still have each other, You can stand under my umbrella,”

Realistically, when you love someone, you don’t just give them your umbrella – you become their umbrella. ‘For better, for worse, for richer, for poorer, in sickness and in health.’

As a child, I watched my parents face the world together, tackling whatever downpour was sent their way – my mum’s clinical paranoia and stomach cancer, my dad’s long periods of unemployment. No, it may not have been as romantic as Ryan Gosling in a wet t-shirt in a thunderstorm, but it carried the same determined love that punctuates the rest of the Notebook movie – a couple so in love with each other, that when one forgets the other, he devotes his life to helping her remember again.

Sometimes, when you’re dating, it can be hard to think of anything but sunny skies. We all put on our best behaviour when we’re in the early stages of a relationship. But often the most revealing tells of a personality come with the unexpected downpours. Will your other half cover up the puddles with his coat, when it showers, and dance with you in the rain when it’s pouring? Or will he grumble and complain, or worse, disappear? 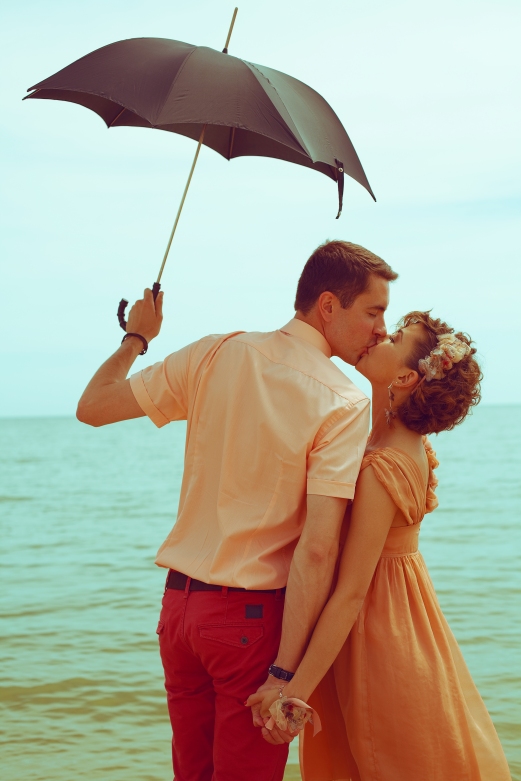 And whilst it’s obviously flattering if someone fancies you when you’re at your very best, it’s a lot more reassuring when someone falls for you when you’re anything but! With soaked hair, or mascara running down your face! The right person for you will find you beautiful regardless.

In the final episode of How I Met Your Mother, Ted Mosby had the most romantic argument of his life, with his future wife, about who owned the yellow umbrella. Standing in the rain, on a station platform viewers had been shown over and over, we all fell in love with the character Tracy, because the conversation tied up the best part of ten years, in a neat, and extremely Ted-like conversation. There didn’t need to be rose petals and rainbows for us to fall in love with the couple, and it seemed all the more fitting that when they finally met, it was in the small hours of morning, looking anything but their best, and sharing the infamous yellow umbrella. Arguably the reason so many HIMYM fans demanded an alternate ending to the series, which finished at that exact moment!

So bring on the rain, I think it’s time for a boogie! (She says, whilst sunning it up in Barcelona 😉 )