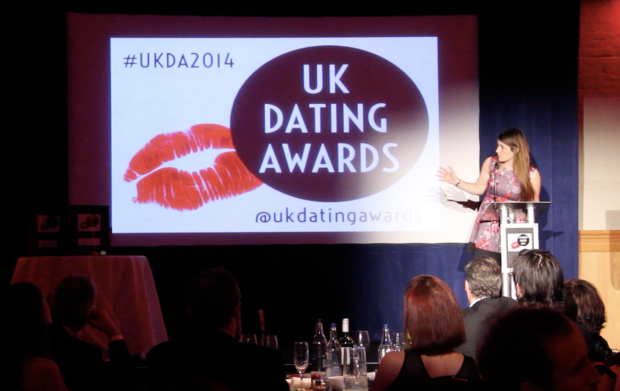 Last Thursday night was the first ever UK Dating Awards. Anyone new to 30 Dates may not realise the Awards are my baby. Back in April of last year, I realised no Awards existed for the British Dating Industry, and so I went on to spend 6 months trying to convince a now rather established Industry to back my vision.

It took a lot of work, but they did end up backing it – with over 200 nominations submitted between May and the end of September.

The Awards saw winners in 25 categories recognised for their involvement in dating – from the Dating Site of the Year, to Best Dating TV Show, to Best Newcomer App.

Back in April when I came up with the concept, it was a simple pipe dream.

Last Thursday night, I stood at the doorway of the Prince Consort Rooms of the Honorable Artillery Company – an incredible, old military building in the heart of London, as 270 members of the UK Dating Industry took to the red carpet, dressed in black tie.

I’m not gonna lie – it took a while to actually appreciate it had all become reality. I’ve spent the past 3 months running on 4 hours sleep, trying to juggle the Awards with my work at the Guardian and Time Out, and all the other bits and bobs I’ve had going on for the blog. Twice in the night a friend grabbed me by the shoulders, and told me to take a moment and appreciate all that was unfurling around me.

Even once the event had started, I was a bundle of nerves. I was worried something was going to go wrong, and 7 months of hard work might somehow come crashing to the ground. Not to mention the two speeches I needed to give during the Awards ceremony! 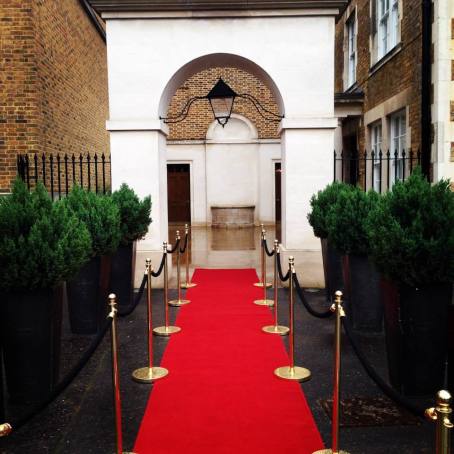 And yet it was all more than alright on the night!

Rick Edwards hosted the Awards, and he was such a good sport. London Live covered the first half hour of the event, interviewing me, and George Kidd from the ODA, and then speaking to Rick, the guys from Lovestruck and Matchmaker of the Year Caroline Brealey.

The HAC staff were incredible, and production company Bassline Productions were in charge of all the sound and lighting. The Awards opened with this video, which my very talented little sister put together for me in just two evenings.

My friend, the talented musician Oz Wills, was manning to DJ decks, and all the staff on the night were good friends who had volunteered.

All the incredible judging panel were there, and Matt Chappell represented the team, with a speech about how the judging process took place. George Kidd, of the Online Dating Association – who had given the Awards their support – also made a speech about the Association’s place in the Industry, and how companies can get involved. 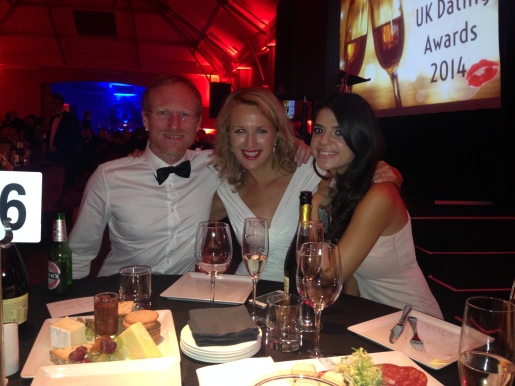 So who won the Awards?

Newcomer App of the Year

Dating App of the Year

Matchmaker of the Year

Journalist of the Year

Dating Expert of the Year

Sex and the Single Guy (Cosmopolitan) 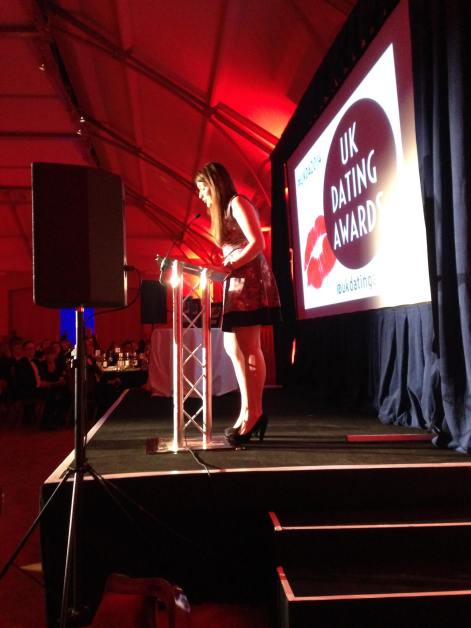 Date in a Dash

Finally, at 10pm, once the Show had finished, I actually managed to relax a bit. 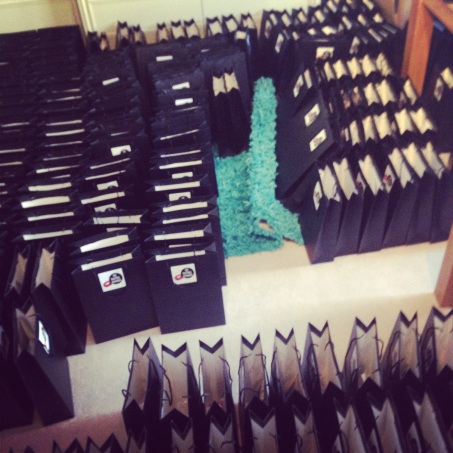 Guests received goodie bags (which had literally filled my living room for weeks) stuff with Ultradex dental care products, Oloves olives, sperm keyrings (you have to see them to believe them!) glow in the dark Passante condoms (hilarious!), free Uber cab trips and Love Hearts.

And then at midnight it was off to a nearby afterparty (at a bar whose name I’ve forgotten because I genuinely was rather drunk by that point!). 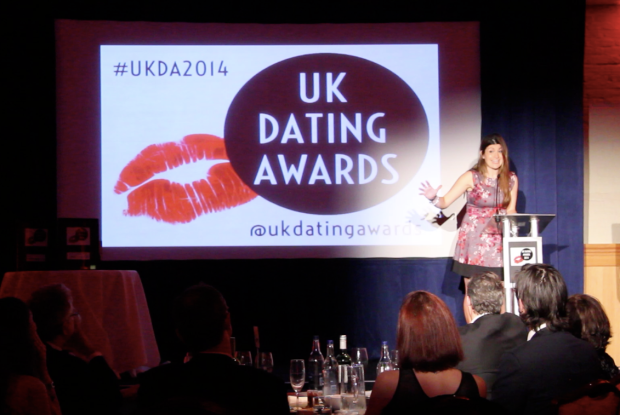 My surreal highlights of the evening?

Realising I had forgotten to include Magazine of the Year into the Powerpoint or Script! I ran up on the stage at the end of the night with the Award, and had to present it in a rather impromptu manner to the Cosmo team!

Standing on my tiptoes helping Rick Edwards untie his bowtie after the Awards finished.

The very lovely fake Prince Harry (Matt Hicks) sulking because despite taking 6 goodie bags (there were lots left over at the end of the night) he didn’t manage to get a single glow in the dark condom!

Thanks so much everyone who was involved in the Awards, and here’s to making it even bigger and better in Year Two!