It’s my final week in London this year (I get back from Australia in 2015) and so I’ve been making the most of the wide variety of experiences London has to offer.

Curious Incident of a Dog at Midnight

A few weeks ago I said Shakespeare in Love was the best thing I’d seen on stage since Book of Mormon.  This week, Curious Incident almost stole the title.  I think I only ever read a few chapters of the book, but the play was incredible.  The staging is incredible – a real showcase of what theatre in 2014 has become.  The set is literally breath-taking, and Graham Butler’s portrayal of the main character Christopher was flawless.  His embodiment of an Asperger’s sufferer was spot on, and heartfelt, but exhausting at the same time, as we watched him walk on walls, bounce off other characters, and escape near-death.

Christopher loves prime numbers, and as an extra treat, anyone sitting on a seat with a prime number received a very special treat.

A must-see London show, and a wonderful experience to share with a date.  Don’t waste this on a first date … but from date 3 onwards it’s fair game!

There’s something rather continental about a set-menu.  A stubbornness that a restaurant does things well … so why give too many options?  A few months ago I absolutely loved the arrogant attitude of L’Entrecote.  La Tagliata is a bit more friendly, and a bit more diversified!  A stone’s throw from Liverpool St Station, the cosy, immaculate Italian has a wine list which is three times the length of the food menu!  Starters are various types of Tagliatelle … something I would never expect as a starter. There are then two options of main course – sirloin steak, or baked mozzarella stuffed with mushrooms.  My suggestions? The fresh pasta was incredible.  Opt for the steak, and the smashed potatoes over the roast ones.  Make sure you leave room for dessert.  There may only be a couple of options, but they’re all yummy! 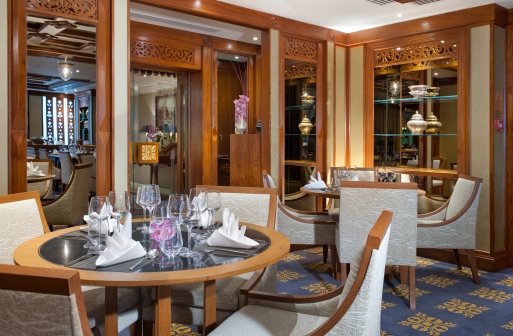 I’ve always been a big fan of Thai take-away.  In fact some of the best later dates I’ve had, have been curled up watching a film, with Pad Thai and prawn crackers.  However, before you get to the eat-in stage, you definitely have to eat out at least a few times.  And if Thai is on the menu, then why not try Nipa Thai?  The lavish hotel restaurant is pristine, and impressive (far more impressive than my local take-away!), and the staff are really attentive.  When I ate there on Monday night, the guy on the table beside me and my date dined and dashed!  Rather than be angry that he’d ripped them off, the manager’s first concern was that I still had all my possessions in my handbag, because he was worried I might have also been robbed in the process!  Certainly one of the most eventful dates I’ve had in a while!  I LOVED their Pad Thai and the coconut ice-cream was incredible.

I’ve recently started dating a surveyor who works in the hotel industry, and when I suggested drinks at Two Ruba, he got very excited!  The bar is located on the ground floor of the Hilton London Tower Bridge, which apparently is part of one of the most recent, and exciting developments in that part of London.  The constructional significance may have been lost on me, but the bar wasn’t.  Known for its signature Champagne cocktails, Two Ruba didn’t disappoint.  I opted for one with strawberry and coconut in, and another with raspberry and mango.  The bar food is tapas-style sharing plates, but with an American twist.  My favourites were the fish tacos, and duck terrine.  My date loved the pulled pork sliders.  Make a date there extra special by taking a Thames Clipper across on a nice clear night.