Last week online dating site My Single Friend teamed up with Thames Clippers for a dating experience which would span London.  We sent Miss 32 along to review the night.

It’s not every day you get the opportunity to cruise down the Thames after dark and sail over the Wharf in a Cable Car all whilst surrounded by some fellow London singletons. Well that was exactly how I was lucky enough to spend my evening last week.

The unique combination of dating and experiencing some of the best London sights at night came from the pairing of 2 very well known Companies, MySingleFriend.com and TFL. 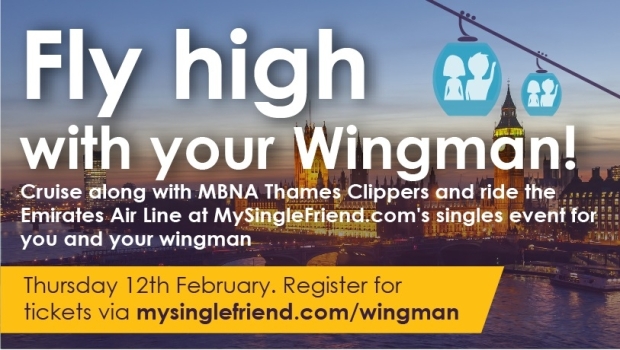 Armed with my wing woman we headed to the London Eye a little before 7 where we were greeted at the pier and helped onto one of the larger Thames Clipper vessels to start the evening, mingling with the other singles on board before we set off for a twilight cruise down the river.

The boat was beautifully decorated and came with a well-stocked bar, which I always think tends to be very useful at these types of events, especially to help break that awkward ice! We found a couple of seats toward the front if the boat, which we knew would give us one of the best views, but also came with an offering of snacks – an unexpected, and necessary, perk, as we’d come straight from work without the chance to grab any dinner. 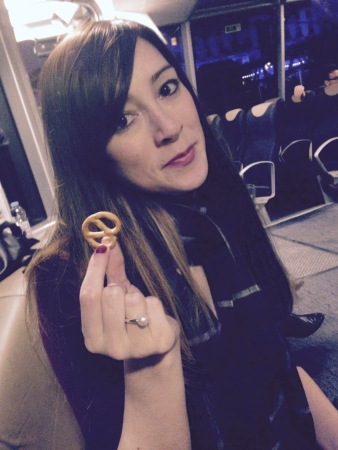 The downside of our choice in seating however was that the comedian that they had laid on to entertain us down the river decided we were ripe for the picking as we were sitting in clear view of everyone and of course continually picking at the pretzels and crisps during his set…………on the plus side though it did mean that the entire boat of single men were looking at us and so with that upper hand in play it was then very easy for us to then strike up a conversation with 2 guys as soon as the mic was set down.

Armed now with our 2 wingmen we were set for the evening and after scrabbling around to find another 4 unsuspecting victims to join us we settled down to enjoy the scenic cable car ride and then headed on for a couple of drinks in the bar. Before we knew it I was having to make my apologies as having seen the time knew I had to start to head off to make the last tube – sadly I had a load of early meetings the next day which was a shame as the conversation certainly wasn’t dying down between any of us!

If I could recommend one change it would be the choice of end venue. A couple of ladies I spoke to were surprised at the small number of people. I actually thought it was very well attended (however clearly restricted to the number of passengers the Thames Clipper is legally allowed to have on board). The numbers weren’t an obvious issue until we all got to the bar at the O2 Greenwich – being a Thursday night I’m used to being surrounded by very large numbers of people struggling to get the to bar enjoying a night out after work (Thursday is the new Friday I keep hearing….though not so new anymore I guess as I’ve been hearing that said for years!), however this is not the case for the bars at the O2 on a weekday.

I would therefore actually counter their comment on the size of group with another suggestion that perhaps a better choice of final location would have helped take the spot light away from the restriction on numbers that the boat and cable car gave the event, maybe somewhere back towards the City such as Waterloo, Embankment or London Bridge. 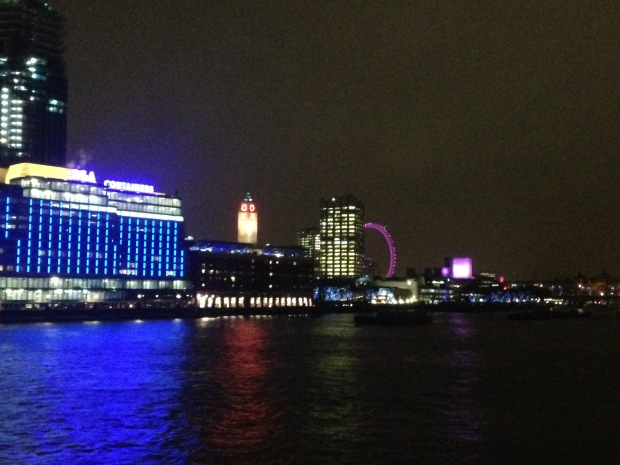 So, what did we think worked well…….

And now what about those things which didn’t work quite as well…….

Overall we found the whole event to be quite relaxed and a bit of fun and definitely one I would recommend people going should it be put on again – I mean what do you have to lose, at the very least you get to finally ride the London cable cars!