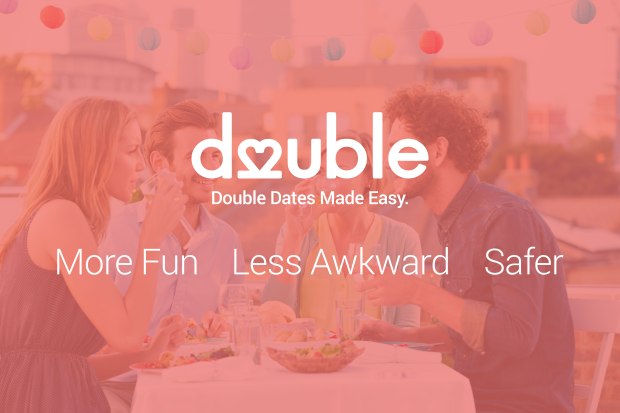 February is officially the month of dating, and this year it’s been marked by a series of dating app launches.

The idea of a double-date is nothing new.  In fact the idea of a double date app isn’t new either – back in 2011 and 2012, the apps DuoDater and Tandem were launched … both have disappeared off the market.  Similarly, Grouper led the way for triple dates in the States, a model Smeeters replicated in Paris and London.

However, as technology advances, the capabilities of apps are constantly changing.  Which means Double is able to offer a far more sophisticated experience than earlier double-dating apps.  Also, unlike Grouper or Smeeters, you’re not going on a blind date, or paying for the pleasure – you’re simply using a dating app with a friend.  The app literally markets itself as ‘Tinder, but for Double Dates’. 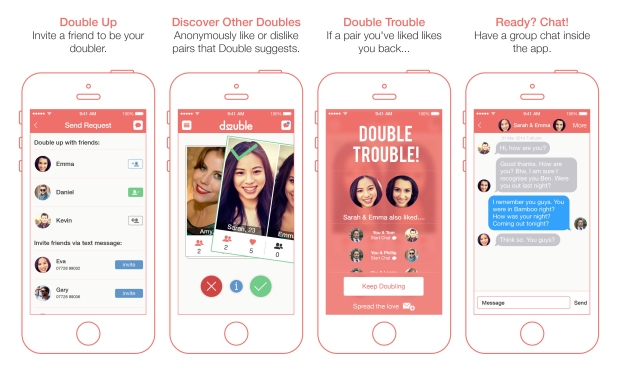 Personally I like the two angles the app markets itself on – making dates easier and the safety aspect.  It’s a known fact that when it comes to dating events, women are happier in groups.  Most women at singles events will turn up with a friend, while men will turn up alone.  And sometimes it is easier to have a conversation as a group than one-on-one.  It feels less like an interview, and means there are less likely to be awkward pauses.  Safety is obviously also important – however you should always be safety-conscious when you’re dating, and as long as you meet in a public place and are careful about leaving stuff unattended, giving out personal details etc etc, you should be as safe 1 on 1 as you are 2 on 2.

However, there are a couple of elements which make me wonder … What happens when you both pick a double act because you both fancy the same guy or girl?  What happens if you really like the look of a pair, but your wing man doesn’t?

The app soft-launched just before Valentine’s Day with an event at the Foundry in Camden.  As it picks up, it’ll be interesting to see whether dating in pairs makes it easier or tougher … and we’ll get Purdey on the case for 30 Dates to find out!!

Double is currently available for download on the iOS App Store