So I’m officially thirty! (she says with a deep breath!)

Last night, I celebrated the start of my fourth decade with a Gatsby-themed party in Reading.  No fireworks, but things did get off to a bang thanks to the lovely girls from the Scarlet Vixens – the burlesque troupe I watched almost three months ago with The Burlesque Dancer, on Date Number Three. 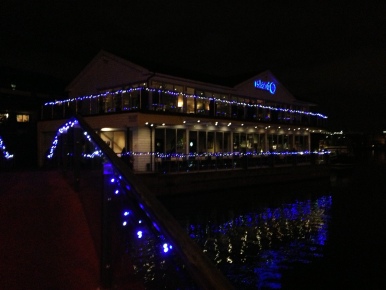 The burlesque was fantastic, and surrounded by my nearest and dearest friends and family, I embraced thirty with both hands … and realised getting older is a lot easier to deal with, with a glass of prosecco in hand, and a 1920s headdress pinned into my hair! 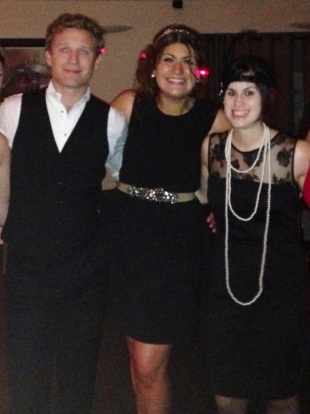 With my sister and one of my best friends

Before you ask, no, none of my dates were at the party, though I did think afterwards that whenever someone asked me, I should have lied, pointed to one of my male friends, and whispered a number or a blog nickname!  Though I’m not sure what kind of reception a fake Henley Boy would have received!

But with the celebrations over, it’s time to begin a new chapter.

The past three months have been one of the most fun summers of my life.  How on earth can I top it?  And what should I do next?  The 30 Dates blog (which hit 60,000 hits during my birthday party!) has just begun to pick up momentum, and this past week I’ve had some really exciting emails and meetings related to it.  Plus, for the first time in a long while, I’m actually really enjoying being single.

If this summer has taught me anything, it’s that you really don’t need to panic about being a single thirty year-old. There are so many nice, interesting, eligible guys out there.  So there is no need to settle on the first single guy who crosses your path.  Particularly, when you’re at an age where realistically you’re hoping a relationship might become indefinite.

So what should I do?  I want to continue blogging.  And exciting as 100 Blind Dates might seem, I don’t think I’d physically be able to handle the lack of gym time and regular sleep! A few people have suggested ‘Around the World in 80 Dates’ – which would be an amazing adventure, but until someone is prepared to sponsor me to date my way around the world, I think my dating habits will need to remain grounded in this country for the forseeable future!

For the moment, I’m happy being single, but equally, I’d like the flexibility to continue blogging if I end up not so single!

And the newest aspect to the Challenge …  I won’t be doing all the different experiments on my own.  In fact, I’ll be calling on some blog readers to assist me with some of the Dating Experiments!

So … here’s to being thirty, and to Phase Two!