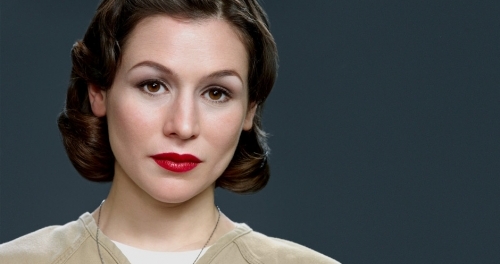 I love Orange Is the New Black.

I’ve always been a bit of an American TV addict.  And it’s addictive show – one that feeds your addiction by being available online as an entire series immediately, thanks to Netflix!

It’s a show with a heart as well as humour.  Beneath every comic or dramatic event in the prison, is a personal backstory.  Episode by episode, the viewers learn more about the women inside the prison, and how they came to their lives in grey or orange in Litchfield.

SPOILER ALERT – I’m about to talk about Season Two, for anyone who hasn’t started watching the new series.

Lorna Morello has always been one of my favourite characters.  She was the first inmate the main character Piper ever met – the prison’s van driver, constantly surrounded by wedding magazines and pin-boards planning her own wedding.  As the first series played out, we learned that her fiance Christopher, who she always spoke about, had never come to visit her in prison.

Then in the second season, we were privy to the way the pair met.  Morello had been running a mail scam, which the viewer automatically assumes is the reason she’s been imprisoned.  We see her literally crash into the handsome Christopher, a man who renders the bubbly girl almost speechless, ironically making a joke about the number of packages she’s collecting from the post office.  He asks her on their first date, and then the slivers of the story which follow, suggest it to be the first of many.  Christopher is her one.  The man she should have been with, had it not been for the crimes she had been committing since before they met.

And then comes the twist in the tale.  Morello isn’t in prison for her mail scams.  She’s in prison for harassment and stalking Christopher and his fiancee.  They only ever went on one date – an encounter which led to her infatuation, and eventual imprisonment.  Suddenly the scenes of her in the present day, breaking into his house and crying over his wedding plans with the woman we assumed had replaced her, become so much more sordid and sad.  She’s not a spurned lover.  She’s an infatuated stalker.

I don’t know about you guys – but I still love her! And the way the story was written, you can’t help but still feel sorry for her.  The writers carefully laid out the past and the present, so that even when we know the truth, we still empathise for Lorna’s perspective on things.

Watching the episode reminded me of Fatal Attraction – which I watched on stage in London’s West End last week.  If you’re based in London and a theatre fan, I can’t recommend it enough.  Hollywood’s Kristin Davis (Charlotte from SATC) and Natascha McElhone were both incredible – McElhone in particular, with her deranged portrayal of a woman scorned.  Alex, McElhone’s character, has a one weekend-long stand with a married man.  An encounter which leads to a fatal obsession.

I’d never watched the movie before, but one scene led to ‘bunny boiler’ becoming a phrase in our everyday vernacular (a scene which is very cleverly done in the play, by the way).

Whilst both of these dramatic portrayals are heightened for a reason, there is an important lesson to be learned.  (And not just ‘don’t cheat on your wife, otherwise your child’s pet will be cooked!’).

Everyone sees events and encounters from a slightly different perspective.

You might think you’ve just had the best date of your life, and yet the man or woman you’re on a date with may have very different ideas (Henley Boy!).

The key to dating, is finding someone who sees your shared encounters in the exact same light.  Someone just as interested, and excited, and enamoured as you are.  And sometimes, even when you think you’ve found that person, it takes a while to establish if he or she actually thinks and feels the same way you do.

It can be easy to get over-excited.  To take things someone does or says a certain way.  But until you know someone well enough, try not to get too over excited.  Try to keep you’re feet on the ground, until that person fully lifts you up, and for good! 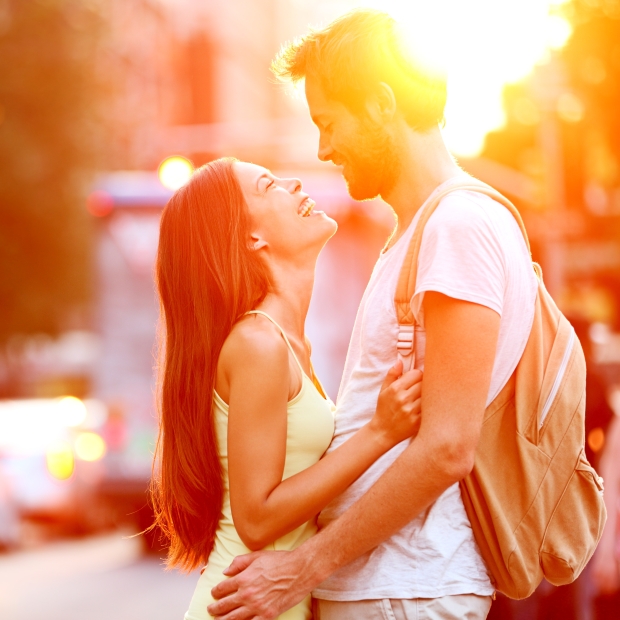 One of the reasons we all love Lorna Morello is because she’s a constant optimist.  A hopeless romantic.  And as we saw her crash into the man of her dreams in the post office, it was like a scene out of the chick flicks she loves so dearly.

It’s the chance meeting all of us single girls dream of.  The ‘How I Met Your Father’ story to be told to generation after generation.

But remember, there are always two sides to every story.  And sometimes, while you’re busy locking eyes with the man of your dreams across a crowded bookshop, for him, you’re just some other girl standing in front of the book he was looking for.