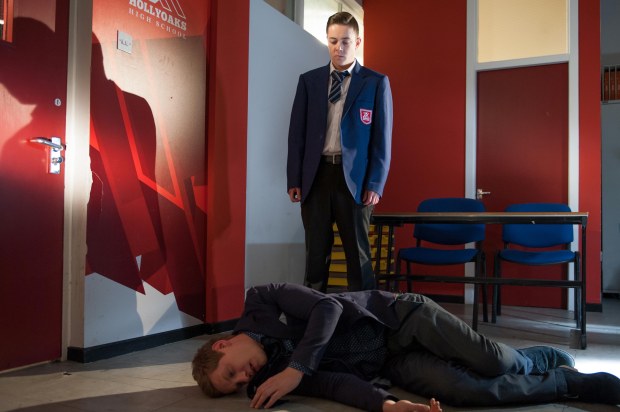 Early this week Hollyoaks character John Paul McQueen broke the six-month silence, which has followed him being raped by one of his high school pupils.

The storyline has been an emotionally harrowing one. From the moment John Paul took his first confused steps away from the scene of the crime – stumbling from the school doors into a world which had suddenly become so much greyer, viewers have waited with bated breath for him to speak out.  At first he did the “right thing”, heading to a police station, and starting to tell police what had happened. However he fled from the Sexual Assault Referral Centre before he had been examined, and despite attempts by a police officer friend to get him to return, he began a long and painful silence.

John Paul’s ordeal has been made worse by various dramatic twists, including his own imprisonment for lashing out at one of the rapist’s friends, however the underlying story of the rape victim’s silence is by no means enhanced for our TV screens. 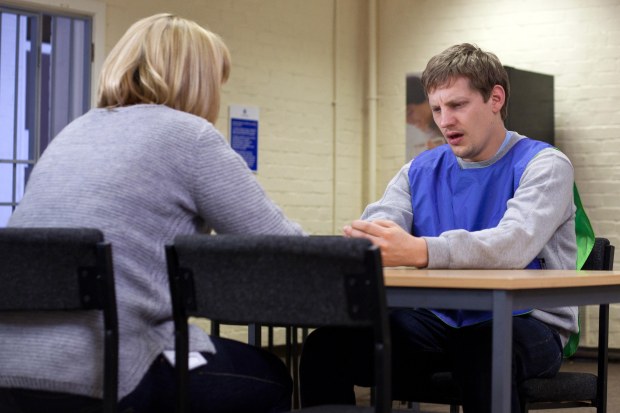 The sad reality of today’s society is that Male Rape is one of the last social taboos. A topic so seldom discussed, that it’s almost treated as if it doesn’t exist. This cultural silence, together with various other factors, mean that male victims of rape and sexual assault rarely report the attacks.

There are complicated reasons why men don’t speak out about rape.

In general men speak far less freely about things than women.   As the actor James Sutton, who pays John Paul, underlined during a recent interview I did with him “Men don’t come forward about stuff – we don’t! Personally I don’t go to the doctors unless I really, really have to, and other men are the same. They don’t go to STD clinics unless they really have to – men don’t like dealing with that. That has to change, and that was the reason behind this storyline.” 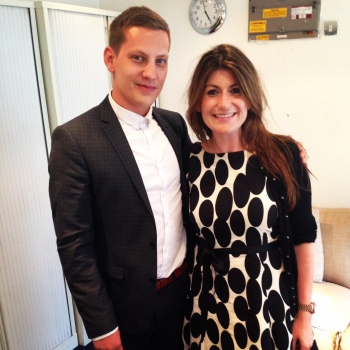 Duncan Craig, the CEO of Survivors Manchester, explained to me that the word ‘rape’ is one which victims find hard to use, even once they’ve sought out help or advice. “When a man admits that he’s been raped, what he’s saying is that he’s had someone’s penis inserted inside his bum. And that’s an act which attacks the very fabric of masculinity. There’s the idea that females are penetrated, and that men are the penetrators. So if, as a male, you’ve been penetrated, does that make you like a female?” Victims of male rape often struggle with worries that the attack has somehow affected their own sexuality. In addition to the irrational feelings of guilt and self-blame experienced by any victim of rape, male victims are also often ashamed because they failed to fight off their attacker. They believe that as men they should have possessed the strength to fight off the other man, and that in failing to do so, they have failed to uphold their masculinity.

This aversion to vocalise the word ‘rape’ is something the Hollyoaks writers wrote into John Paul’s story.  In the powerful scenes broadcast earlier this week, John Paul’s love interest Ste finally pieces together what happened.  “I don’t know how to say it ...” John Paul admits. Realising the truth, Ste begins to voice what was done to John Paul. “Please don’t say it …” John Paul begs, unable to even hear the word.  Despite the plea, Ste points to the painful reality he has just been made aware of  “You were raped!” he replies completely shocked.    John Paul’s silence finally broken, he nods mutely, tears in his eyes, and doesn’t know where to look.

As I explained in my Huffington Post article earlier this week, the great thing about the current Hollyoaks storyline, is that it has brought male rape into our social vernacular. John Paul has given rape victims a well-known, well-loved, face, and as a result people are talking about the issue at school and in the office. It’s being discussed on TV, in newspapers, on blogs and online forums, and over Twitter. Our cultural silence, and social ignorance towards these awful crimes, has finally begun to come to an end, and this is marked by the increasing dialogue between the Ministry of Justice and charities, like Survivors Manchester, who specialise in male rape and sexual assault.

In February of this year, the MoJ announced a fund of £500,000 to be used on advice and counseling services for male victims of rape and sexual assault. It’s a huge development, and one which Duncan Craig attributes to the Hollyoaks storyline. 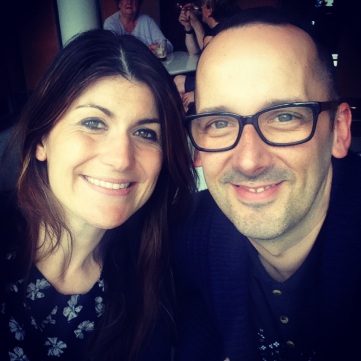 “In years to come I want to contact the producers, and show them just how much they’ve achieved. I don’t say this lightly – they have changed the landscape. This isn’t just a cultural reference; this is a world-changing reference, because now we have something to talk about, in the same way that the world changed with Operation Yew Tree. It’s permission giving. It’s what happens in my therapy room, on a national scale.”

And yes, the Hollyoaks storyline has been extremely instrumental to the cultural changes surrounding the crime. The impact of a story which James Sutton describes as “a teacher coming to terms with being raped” is incredible – and goes to show the vital impact which soap operas can have on society. As I’ve said before – they literally force uncomfortable stories into your living room on a daily basis, and as Duncan explains, John Paul has given male rape victims a face, to be remembered for some time.

The power of the storyline is incredible. By highlighting John Paul’s silence, victims and charities have suddenly been given an extremely public voice, and one which they are using in various ways – from the ground-breaking MoJ support fund, to individual victims finding the strength to acknowledge the awful ordeals they have been put through.  The hashtag #BreakTheSilence literally does as it says, every time someone uses it.

However, it’s interesting to talk to Duncan – a man with so much admiration for the Hollyoaks story and the actors involved – because, pioneering as the male rape story is, Duncan himself, and the work of Survivors Manchester, is a far more incredible story. 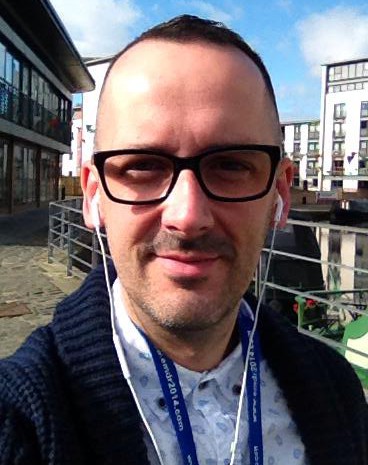 Duncan Craig is the true definition of a survivor. He was sexually abused both as a child, and in his early twenties. He has suffered ordeals most of us can’t even imagine, and yet he is hands down the most incredible, intelligent, inspiring man I’ve had the pleasure of interviewing.

Duncan is a trained counsellor, and the founder of Survivors Manchester – a charity described as being ‘survivor-led’.

As he talks of his work with me, he explains how often he will talk about his own experiences , and the way he has come to terms with what happened to him, in order to allow other victims to break their own personal silences.

James Sutton even used aspects of Duncan’s personal experience in his portrayal of John Paul’s response to the rape. When I talked to Duncan, he described a particularly poignant scene from the soap, which he still struggles to watch, because he recognises himself in the character.  With this in mind, it’s easy to see why Duncan has so much admiration for the young actor.  “Everything that I’ve told him about me, everything we’ve talked about about other people, the words he’s read in emails and testimonies – he’s just handled them with so much care and respect.”

It’s not just the actors involved with the story who have consulted Duncan, and Survivors Manchester.  The Hollyoaks script-writing team regularly consult Duncan about the storyline, and also allow him to read and suggest changes to the script, in order to ensure the soap’s portrayal of such a delicate subject is done correctly and in a manner which is true to real life.  It’s a collaboration which has worked incredibly well – and led to the John Paul’s Rape Ordeal being nominated for Best Single Episode at the British Soap Awards earlier this year.

When I spoke to them separately, both James and Duncan shared a particularly emotional story of a teenage survivor who, inspired by the Hollyoaks story, came forward, and wrote directly to James Sutton about his own ordeal. The story was both beautiful and heart-wrenching all at the same time. The teenage boy isn’t particularly literate. He had never been able to communicate with anyone about what happened to him, and he found his voice in letters to James, written in text speak. When the actor replied, the young victim realised someone was listening, and now continues to express himself in letters.

It is something James spoke about recently on the Wright Stuff, an episode which the victim watched. During the interview, James described the letter as “difficult to read”, a reflection the emotional weight of the letter, not the spelling or grammar.  Interestingly, when Duncan spoke about the letter, and James talking about it, he revealed a very important side of his work.  Not only is he a role model for other survivors, he has also become a parental-figure to a number of the younger victims, who were not only abused at a younger age, but as a result, missed out on important life lessons, like empathy and emotional understanding, which we take for granted.

For me, this description spoke volumes about Duncan’s work –

“When James said that the letter was difficult to read … (the victim) emailed me and said ‘when that famous guy said that, does he mean because of my writing?’,

and I said ‘No, no, he means how emotional it makes him.’

“And it’s literally like I’m re-parenting – I’ll say, ‘Do you remember that time when I said to you that I cry when nice things happen?’

And he’ll say ‘Oh yeah, coz you’re a right dick with that!’

and I’ll say ‘Yeah, yeah, but you know at football, when people have won, and they cry …’

One of countless conversations, with countless victims, but just a snippet of the work which Duncan does on a daily basis.  Not just opening the world’s eyes to the existence of male rape, but showing victims that they can survive, and that they can live reasonable lives in spite of their ordeals.  Something which may not sound that great, but which is a dream come true, for someone who has hit rock bottom. 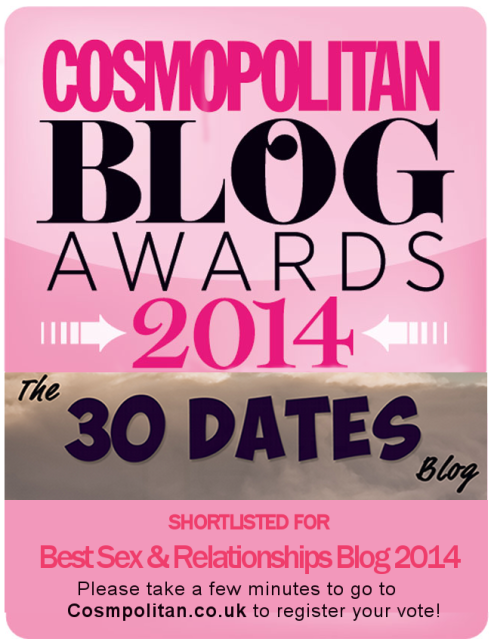