In over 15 hours, the UK Dating Industry will descend on the HAC in London, for the first annual UK Dating Awards.

Regular blog readers will know the Awards are my baby – a project I’ve worked on since April of this year.  I’m not gonna lie, it’s certainly been an exhausting one.  I can’t remember the last time I went to bed before 3am, but right now, as I prepare for my final sleep before the Awards, I’m excited.  Really excited.

The first year has gone better than I could have ever hoped, with almost every top dating company and expert in the country involved.  There are 25 winners to be announced tonight – in categories as wide as Best Dating Site to Best Dating TV Show.

One of the shortlisted TV shows up for the latter title is “I Wanna Marry Harry” which hit our screens on ITV2 earlier this year.  The premise was simple.  12 American women were flown over to an incredible estate (actually minutes from my old flat in Pangbourne!) and told they would be going on a dating show.  There, they competed for the affections of a mysterious British bachelor … One who looked incredibly like Prince Harry.

‘Harry’ was never given a name.  Staff only referred to him as ‘Sir’ or ‘the gentleman’ … But he wasn’t Britain’s favourite cheeky Prince.  He was in fact Matt Hicks, a then 23 year-old environmental consultant from Exeter.

“I was the mystery bachelor.  I arrived in a helicopter.  They were all having afternoon tea out on the patio, and they see a helicopter arrive from about 200 yards away, and start gossiping wondering who I was.  They caught a brief glimpse of me, and that was the start of it.  From that point on it was up to me to play the mysterious man, but at the same time try to persuade them that I was Prince Harry, and let them come to their own conclusions.” 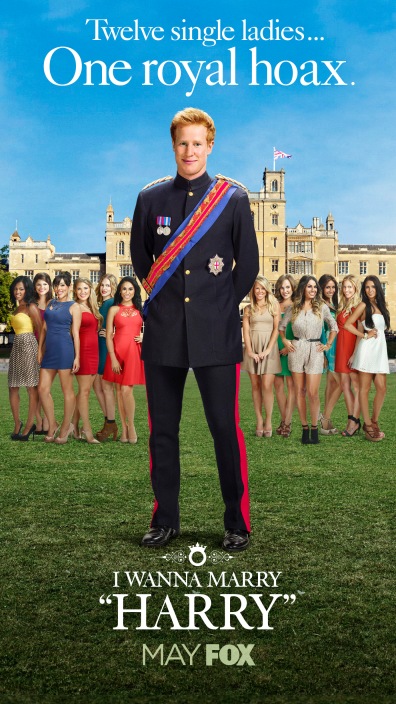 I have to admit, I had assumed that Matt was an actor.  But no, rather taking the job in a hope of an acting career, Matt is more than happy in the day job he did before the incredible opportunity.  After years of being told by friends that he resembled the prince, Matt looked into lookalike work, and one of the first jobs he was offered was the TV show.

“I had six weeks being treated like a Prince.  I was on a country estate with helicopters and hot tubs, being chased by 12 women … it was pretty good!”

You might assume that being waited on hand and foot for a summer, and literally treated like royalty, might change a young man, but anything but.  Matt chatted happily about how easy he found it to slip back into real life after the show, and was so down to earth that he even offered to turn up early to tonight’s Awards to give me a hand setting up.  (Yes girls, he’s a total keeper!). 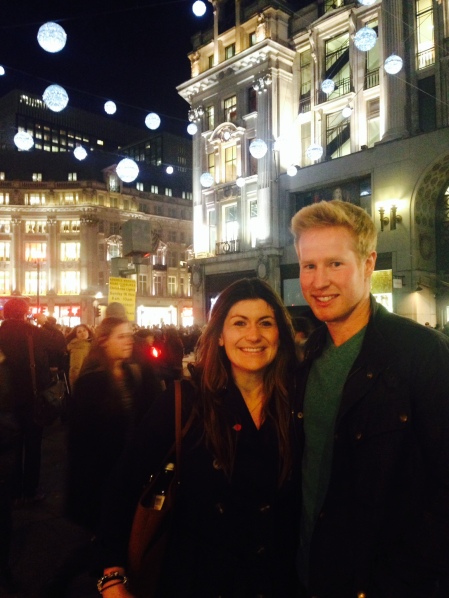 So how did Matt deal with dating 12 girls at the same time, and yet not sharing much of his real self with the girls?

“It was very bizarre.  It was an odd concept because you’d finish one date with a girl, and you might really like her, but at the same time you’ve only just got to know them, and the next minute you’re on a date with another girl, who might be very different, but you also might end up liking.  At the start it was all fun and games, and it was flirty … but as it went on it all got a bit more complicated.  I actually got to like a couple of the girls and they liked me.  I couldn’t have any conversations about myself.  If I was asked any questions I had to reply as Harry.  I had a week of Harry training, prior to the beginning of the show, so I had to know everything about him.  So when I was telling a story … sometimes I’d get a bit muddled.  I’m terrible at acting!  I tried to be me, so that I was being myself, but when they asked me a question, I would answer as Harry.”

As one of the Judges for the Awards, I had to watch the series (I know …it’s a tough life!), and I can genuinely say I loved it.  I think it’s a real shame that it’s one of those shows you can only really do once.

Ahead of tonight’s winner announcements at the Awards, I asked Matt why he thinks I Wanna Marry Harry should win Best TV Dating Show 2014.

“Because it’s different to all the other dating shows out there.  You’ve got someone pretending to be someone who he’s not.  You’ve got 12 girls thrown in living together, which is going to be entertainment for anyone to watch.  You’ve got the royal theme – everyone loves the royals – and you want to find out if it ends up with him finding love, or being sent on his bike!”

I won’t spoil the ending for those of you who haven’t watched the show yet … but I will say, is the winning girl texted him all the way from New York, midway through our interview!

Either way I’m looking forward to posing on the red carpet with Dating TV’s very own Prince later tonight!