One of the cool things about writing 30 Dates, is that I’m able to really easily place time markers on things.  I have a virtual record of when things happened.  I know who I went on dates with and when…  Who my wingmen and women were at singles events…  Who was single, and when.

And the thing I’ve come to realise, having met thousands of singletons all over the world, is just how quickly things can change! 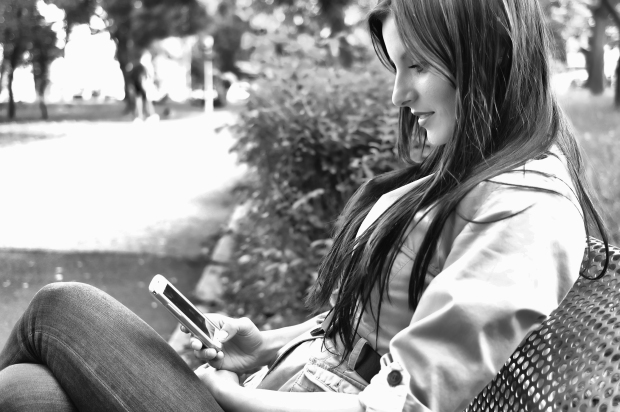 Facebook can be a real bugbear when you’re single.  It’s easy to stare at a seemingly never-ending news feed of weddings and babies, and wonder when things will happen for you.  But those aren’t the stories you should be focussing on.  Check out how many people are getting in new relationships.  Look at how quickly people commit when they get older.  How in a matter of months people can go from single to parents!  Check out the constant changes of status, and relax and know that it will happen to you too … you just need to chill out, be patient, and make the most of your single days!

The longer we’re single, the more bothered most of us become.  But the worst thing you can do is dwell on your single status, or let it stress you out.  Because other people can see and feel that, and when you’re making first impressions on a date, those aren’t the signals you want to be giving off!

And whilst it can feel like you’re never going to get the things you want … take a step back and look around you.

When I started this blog, I went on blind dates with 30 guys.  A year later, when I revisited all my 30 Dates, only about 3 of them were still single.  Less than 2 years later, and 2 are already engaged.

When I posted my original challenge status on Facebook,  2 guys I already knew to tried to ask me out (clearly not understanding the whole blind date aspect).  One of those guys is not only in a relationship, but has a kid! And the other one just got engaged … again, all in the space of less than 2 years.  And it happens everywhere – not just with people I know.  Just yesterday, I found a message in my spam box on Facebook, from a guy who had found me after I appeared in the London Evening Standard, last September.  What made me smile, was that his profile picture was him and a girl.  So whilst the 6 month old message was him single, and trying to ask me out, since he’d sent that message, he had not only found a girlfriend, but the photo was of them in Central Park together.  They were serious enough to have travelled abroad together already – SO much can change in just 6 months!

It’s a cliche – but things really do happen when you least expect them to.  I was single for over 3 years, and was at a point where I was loving my single status, when I absent-mindedly agreed to a blind date with The Rugby Boy.  I literally didn’t think twice about it.  For me, going on a first date was as normal and uneventful as going to the gym.  I turned up, acted like myself, didn’t worry about where it was going, and was surprised to realise that I rather enjoyed my afternoon with him.  Five months later, and as I type this from a work trip to New York, he’s Whats-Apping me live updates of England’s final Six Nations game. (Which any rugby fan will know, is true dedication!)

The older we get, the quicker things happen.  In a matter of months, people move in together, get engaged or even have children together … so don’t panic that you’re still single.  Things will happen at the right time, when you’re in the right place.  And you never know, in a matter of months, you might be the one broadcasting your status change to the virtual world on Facebook 🙂