When I first started dating the Rugby Boy, I can remember genuinely trying to decide if I wanted to stay single or not.  One of the great things about my ‘single journey’ (for want of a less patronising phrase) was that I had come to a point where I really loved being single.  I no longer saw it as a curse, or something I needed to shake off as quickly as I could.  I loved my single life, and had to genuinely decide if it was something I wanted to give up, for that particular man.

Six months on, and the Rugby Boy is over in China for work.  It’s by no means the longest time we’ve spent apart since we met – I’ve been out of the country alone three times in the past six months – but it’s the first time I’m the one ‘left behind’.

Ironically, it also happens to be my final week in my lovely London flat.  After just ten months as a SW Londoner, I’m having to move out, as my landlady is moving back in.

It’s funny how attached we can get to a space.  And this flat has truly been my ‘Carrie Bradshaw flat’.  Though probably nowhere near as costly in real life!  I live alone, and have loved having my own little space in London.  A beautiful, quirky nest which I have truly made my own – with girly proverb signs, and floral bunting adorning every eave.   But in recent months, the space hasn’t truly been my own.  The longer we’ve been together, the more time the Rugby Boy and I have spent together.  And as I live closer to central London than he does, that means he’s spent an increasing amount of time in my ‘single girl flat’. 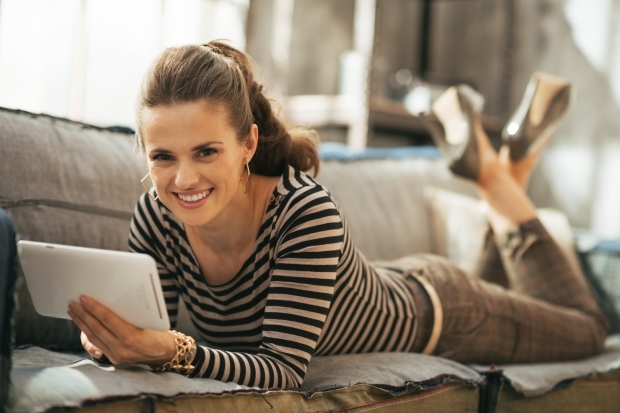 Which is why I rather like the fact I’ve had this final week in the flat to myself.  It’s reminded me of my London roots.  Of the single girl who moved to London last July, and the incredible adventure the last two years has been.

It has also reminded me of some of the pros and cons of single life!

Because 30 Dates has always been about embracing your single status, I’ll start with the downside of being ‘single’ that I’ve noticed this week, and then finish with the positive stuff!

Cons of Being On My Own

1) My bed is freezing!  I’ve become so accustomed to sharing a bed with a giant human radiator, that I’m now shivering at night!

2) I’ve become far too accustomed to 2 person ready-meals!  There’s an incredible mac and cheese from Waitress which I normally buy at least once a week.  It is IMPOSSIBLE to only cook one half of the meal.  After much fiddling with greaseproof paper and cling film, I succeeded in burning half, and dropping the rest on the floor.

3) There is no one to look after me!  I have definitely become WAY less self-sufficient since I consciously coupled myself!  Admittedly, it’s not the best week!  I had a minor operation on my back, and would have needed someone’s help regardless of whether I was single or not … but it’s a lot harder to ask a colleague to check your wound dressing than your other half!

Pros of Being On My Own

1) I have so much time! This weekend I watched the entire first season of 24, and still had time to catch up with friends and went to the gym.

2) I’m only cleaning up after myself!  And only had to do one load of washing all week!

3) I can leave something yummy in the fridge, come back a day later, and it’s still there!

4) I control the TV remote once again!  My flat has returned to a documentary-free oasis of Hollyoaks and other trash TV 🙂

Being in a relationship is great.  It’s a lot of fun, and if you’re in a good relationship, you find a best friend.  But being on your own can be bloody refreshing sometimes.  So whether you’re single, or coupled up, take some time to embrace your own space every now and again.  You never know the small things you’ll appreciate.