Given the recent news story, I should probably start by pointing out that The Queen’s Guard is NOT the Dancing Guardsman! (He’s in the Coldstream Guard, not the Grenadier Guards).

Now if there was ever someone for whom the phrase ‘jolly good chap’ was designed, it would be The Queen’s Guard.  Like many of the latter 30 Dates, I met my Date 22 of 30 on Tinder.  This was obviously back last summer, when the app was still somewhere you could meet a genuine guy, who actually wanted to go on a date!

The Queen’s Guard showed his true colours, when I revealed the truth about the Challenge and the Blog midway through our dinner, in a pop up restaurant, in the back of a clothes shop on Brick Lane!  He continued to rank highly amongst the 30 Dates, when he happily agreed to letting me post a picture of him in his bearskin on the blog.  And most of you will know, he also sneaked me in to The Tower of London last month, to watch the famous Ceremony of the Keys. 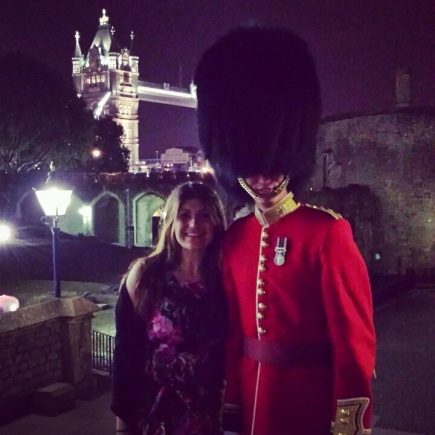 Like most of the original 30 Dates, the Queen’s Guard is no longer single.  Not long after he appeared on the blog, he rekindled things with his ex-girlfriend, who is also serving in the Army.  The couple had been together throughout their time at Sandhurst, and nowadays the Queen’s Guard admits to being rather contently under the thumb! 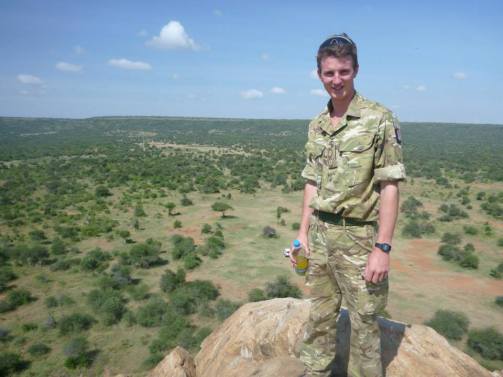 So what’s been the Queen’s Guard’s best date this year?  “A double date to the Evans and Peel Detective Agency, after meeting in a bar before.” (I like to think he got the idea for that one of this blog!).  And the worst?  “One I forgot to turn up to! … Awful, isn’t it!”

And what life lesson has the 26 year-old learned this year? “Don’t put all your eggs in one basket, as some bastard will come along and crack them all at once!”

Short and sweet, when I met up for drinks with the Queen’s Guard just last night (I still have the hangover to prove it!) he laughed about the military efficiency he’d applied to answering the questions!

Once again, massive thanks to the Queen’s Guard for all his various contributions to the blog.  From the moment he found out about 30 Dates, he’s been nothing but supportive, and even tried to help line up a complete hottie for my poppy-planting date at The Tower of London the other week.  One of the things 30 Dates has taught me is how many genuinely lovely guys there are in the Army, even the ones who don’t do pirouettes in uniform!